Statistics through the medium of dance 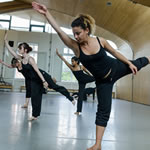 I’ve been teaching research methods in psychology for nearly 10 years now and it can be challenging. My students often say that ‘the stats’ are the scariest part of their degree, that they don’t like ‘maths’, and that they don’t understand why they’re so important. Like many others, I try to make lectures and sessions fun and engaging, and I often find myself rhyming and generally moving around a lot – I’m one of those lecturers who moves around a lot.

Danger on the slopes: how risky is skiing? 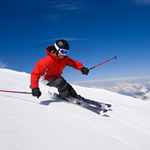 Skiing and snowboarding are the kind of sporting activities that can seem like one of the best sports to introduce your kids to one moment, then a potential death trap the next. This seasons skiing has brought notoriety to the sport through a couple of celebrity accidents on the snow. First came the worrying news that the seven-time Formula 1 champion Michael Schumacher’s life hung in the balance following a head injury in the Alps. Then, less life threatening, German Chancellor Angela Merkel fractured her pelvis on a ski holiday. 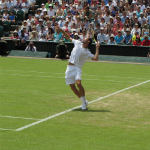 At the 2013 Wimbledon Championships, the top two seeded players reached the final of the men’s singles competition, while two relative outsiders reached the final of the women’s. Many commentators predicted close, exciting finals and appeared surprised when both matches were decided in straight sets. Is this as unlikely as it first appeared? To answer this I examined the results from all Wimbledon singles finals to see what the statistics tell us.

As the 2013 edition of the Six Nations Championship wraps up this weekend with a virtual final at Millennium Stadium, a decision at the next board meeting may change future competitions. Currently, the Six Nations Championship is the only major rugby competition that does not include bonus points. In most other competitions, including the Rugby World Cup, four points are awarded for a win, two points for a draw, one point for losing by seven or fewer points and one point for scoring four or more tries. A similar system is included in competitions organized by the French Professional League (Ligue Nationale de Rugby), except that the try bonus is awarded for scoring three or more net tries (tries scored minus tries conceded).

Football formulae: the maths behind the UEFA Champions League draw

Written by Michael Wallace on 14 February 2013.

The Round of 16 of the UEFA Champions League football tournament kicked off this week with Arsenal, Manchester United and Celtic representing the remaining British interest in the competition. While the games themselves are sure to produce a flurry of 'remarkable' statistics, it was the draw for this stage of the competition (which took place in December) that raised a number of statistical eyebrows. (Easily distinguishable from other types of eyebrow by their tendency to take on the shape of common probability distributions.)