How much is the Premier League worth? 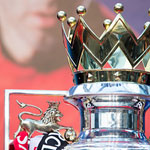 Over the next nine months, countless people will marvel at Manchester City or berate Jose Mourinho without ever really grasping how powerful and all-pervasive the Premier League has become. While 21st-century Britons routinely struggle to understand what it is that they do well as a nation, there is at least one example of power and dominance staring them directly in the face: the Premier League.

How surprising was Brazil losing 7-1 to Germany? 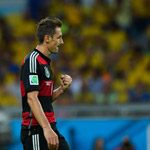 On July 8, at the Estádio Mineirão in Belo Horizonte, Brazil lost 7-1 to Germany in the first semi-final of the 2014 World Cup. Much has been written about this match, for instance it generated 35.6 million tweets making it the most-discussed single sports game ever on Twitter.

The World Cup forecast: let's go all the way! 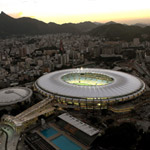 This is (maybe) the final post in the series dedicated to the prediction of the World Cup results − I'll try and actually write another to wrap things up and summarise a few comments, but this will probably be a bit later on. Finally, we've decided to use our model, which so far has been applied incrementally, ie stage-by-stage, to predict the result of both the semifinals and the finals. 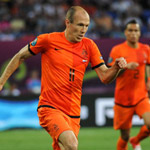 We're now down to 8 teams left in the World Cup. Interestingly, despite a pretty disappointing display by some of the (more or less rightly so) highly rated teams, such as Spain, Italy, Portugal or England, European sides are exactly 50% of the lot. Given the quarter final game between France and Germany, at least one European team is certain to reach the semifinals. Also, it is worth noticing that the 8 remaining teams are the group winners − which kind of confirms Michael Wallace's point. 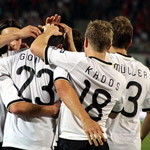 Now that the group stage is finished. We needed a few tweaks to the simulation process (described in some more detail on my blog), which we spent some time debating and implementing before taking a look at the round of 16 games.