Did Don Bradman’s cricketing genius make him a statistical outlier? 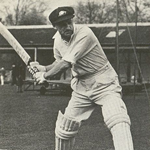 The test career batting average of Australian cricketer Sir Donald Bradman of 99.94 runs per innings is one of the most famous and iconic sporting performance statistics in history. Bradman only played 52 test matches, with 80 innings, over a 20 year career from 1928 to 1948. Although many more test matches are played today, and many test cricketers have exceed Bradman’s tally of test runs (6,996) and test centuries (29), Bradman’s performance still stands out.

When might we see a Marathon world record of less than two hours? 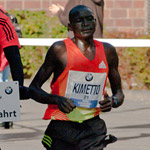 Last month in Berlin, Kenyan athlete Dennis Kimetto broke the men’s Marathon world record running it in 2 hours, 2 minutes and 57 seconds, 26 seconds less than the previous record. This world record time has steadily been shortened by runners over the last hundred years. Looking at the sequence of yearly best performances, what long-term forecasts can we make in the context of this new world record?

What does it take to win a tennis major? 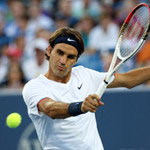 Prior to his epic collapse in the semis, I went to the US Open to see Roger Federer put on a clinic against the world's number 17, Roberto Bautista Agut. In between sets, they showed a graphic on the jumbotron of each player's stats: first serve percentage, nets points won, unforced errors, etc...

How statistics lent a hand after the Boston Marathon bombing I had the pleasure of travelling to Boston, Massachusetts, earlier this month to attend the Joint Statistical Meetings (JSM). I was also fortunate to be able to fit in a day of sightseeing before the JSM started. While walking the city’s famous Freedom Trail, I found myself in Faneuil Hall – a marketplace and meeting hall that heard many inspirational speeches in the lead up to the American Revolution. When I visited, however, the Hall was filled with the voices of shoppers buying books about the revolution, boxes of salt water taffy and t-shirts bearing the slogan ‘Boston Strong’.

Is there a World Cup hangover for the top teams? 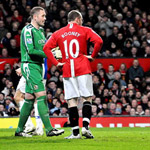 Bayern Munich have three of the top five World Cup players in their ranks (Castrol Index Top 10) and likewise all top clubs have quite a number of international players that participated in last summer’s World Cup. Just think of the magic Rooney and van Persie will weave under van Gaal’s leadership, the hunger that Barcelona players have to prove themselves and the sleepless nights that Real Madrid's opponents will have thinking about facing up to face Bale, Ronaldo and Rodriguez amongst others. Big teams, big names, big results!