Cricket World Cup: why we should keep the associate nations The weeping, gnashing of teeth and celebrating among the ODI (One Day International) cricket faithful would normally end with the conclusion of this years World Cup, with Australia defeating their co-hosts New Zealand in the final. Those activities will probably continue as the ICC (International Cricket Council) ponders cutting the number of teams for the 2019 tournament to compress the time frame. But the advantages of reducing the number of teams by four can just as easily be achieved by a one team expansion.

How exceptional a rugby player was Brian O’Driscoll? 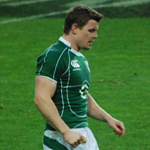 Brian O’Driscoll enjoys legendary status among Irish sports fans. The public perception of O’Driscoll is one of a truly exceptional player who stood apart from his peers in the era of professional rugby. Yet many rugby fans outside Ireland, while recognising that he was a great player, perhaps thought Ireland fans were inclined to exaggerate about his brilliance, especially later in his career.

The FA Cup draw: the probability of getting four home fixtures in a row 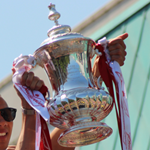 This weekend sees the quarter-finals of the FA Cup with eight teams, from holders Arsenal to outsiders Bradford City, fighting for a chance to lift the trophy at Wembley in May. The ‘luck of the draw’ is a frequent talking point in knockout competitions like the FA Cup, and gives rise to plenty of opportunities to illustrate the role of chance.

Premier League managers: who deserved the sack and who didn't? 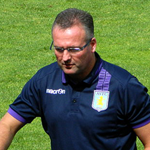 Aston Villa's Paul Lambert is the latest English Premier League manager to be fired, and the media’s assessment of his reign has been less than complimentary. The club is staring relegation in the face, so fans and the club's owners might argue that the dismissal was justified. But manager sackings are not always so clear cut. 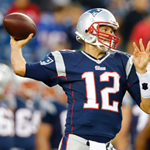 With the Super Bowl coming up this Sunday, everyone is probably wondering where to place their bets. Fortunately, we've developed a model that uses Bayesian statistics to predict the results of football matches based upon prior season data of each team. We then used our model to predict a game between the Seahawks and the Patriots.