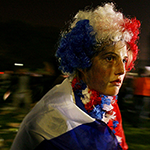 It doesn’t take a sophisticated analysis to conclude that the England team was a disappointment at the 2015 Rugby World Cup. No other host nation had failed to survive the group stage, as England did. At the opposite extreme, New Zealand won both of the last two World Cups, certainly giving the All Blacks top marks in achievement. However, a more comprehensive look at the last three World Cups reveals the real overachievers, underachievers and spot-on achievers compared to the team ratings just before each tournament.

Will England's rugby team redeem itself at the Six Nations Championship?

Written by Niven Winchester on 04 February 2016. 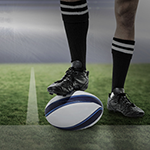 This weekend sees the start of the 2016 Six Nations Championship, in which rugby teams from England, France, Ireland, Italy, Scotland and Wales compete. For England fans, who saw their team crash-out unceremoniously in the group stages of last year’s Rugby World Cup (RWC), this latest contest offers the chance for redemption. And it would seem that they have cause to be hopeful.

Who will win the Rugby World Cup? The (semi) final reckoning

Written by Niven Winchester on 22 October 2015. 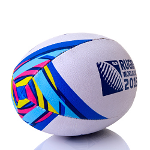 It’s the semi-final weekend in the Rugby World Cup (RWC), with South Africa, New Zealand, Argentina and Australia still in the running. While fans of England, Wales, Scotland or any of the other defeated nations will be feeling despondent, your correspondent remains upbeat. Through my website, rugbyvision.com, I’ve been forecasting match outcomes for the competition, and to date we have achieved an 84% success rate.

Running against the odds – The probabilities of the London Marathon ballot

Written by Anthony Hatswell on 06 October 2015. 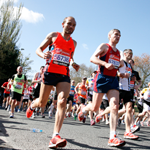 The late Chris Brasher, founder of the London Marathon, described the event as the ‘Suburban Everest’ - something everyone can aspire to do. Over the years, an increasing number of people have done just that. At the first London Marathon in 1981 there were 7,000 runners, in 2016 there will be 37,000 (and that ignores the growth in the sport due to new events around the country).

The stats in sport panel at RSS 2015: the bigger picture 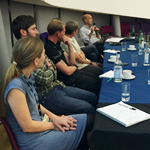 In the absence of huge amounts of money, gaining a competitive edge in sport requires creative innovation. As Moneyball most famously dramatised, statistics is one avenue that can deliver that edge. But different sports can have vastly different levels of noise to wade through before a signal is found. This question was the basis for a panel discussion at this year’s RSS Conference in Exeter. The panel consisted of a mix of sports coaches, academics and a statistician, who are all trying to discover an insight into sport through data, that would otherwise remain hidden.