The results are in from the Tokyo Olympics: Athletes 1, Covid 0 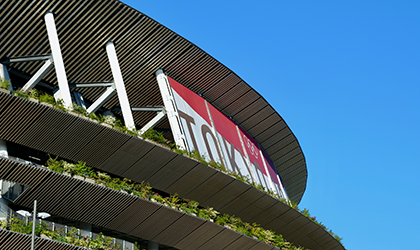 Leading up to the Tokyo Olympics, there was every reason to believe the performances would be a mere shadow of what was seen at the Rio 2016 Games and earlier. For about a year, due to the Covid-19 pandemic, athletes had not had access to trainers and nutritionists who could help build musculature and physical capabilities, commensurate with that athlete’s sport.

The athletes lacked consistent coaching to enhance strategy and skill development. They did not have access to facilities and equipment such as pools, running tracks, jumping facilities and throwing areas. Further, major competitions were cancelled.

In the months immediately prior to the Games, many of those enhancing factors were restored. Still, to compete at Tokyo, athletes had to be isolated from friends and family for a long period of time. One positive Covid test and the quarantine period would make it impossible for them to compete. As Olympians planned to travel to Tokyo, they had the psychological pressure of knowing that there would be few if any fans to urge them along at the venues. Worse, sections of the Japanese public were becoming hostile towards the Games. Athletes traveled knowing there was a real risk that the Games could be canceled after arrival, negating the last year of sacrifice.

Countering that pessimistic view is the very nature of an athlete’s mantra. Each athlete accepts the conditions of their day and time. They each do their best to run a bit faster, jump a bit higher and become a bit stronger than they had been before, following the true meaning of Citius, Altius, Fortius (faster, higher stronger), the Olympic motto as spoken by Father Henri Didon in 1891. The mantra is of self-improvement, regardless of what obstacles fate has provided.

How well did the athletes actually perform at Tokyo compared to Rio 2016 and other recent Games? There were 339 events on the Tokyo 2020/21 program, 37 in swimming and 48 in athletics (track and field). Those two sports thus comprise 25% of the entire program and are immensely popular as well. Understanding how gold medal winners performed in those two sports provides an indicator for the Tokyo Games. The gold medal performances were gathered for events contested in the pool and in the stadium. We had created similar databases from all past Olympics. For Tokyo in swimming, 32 events were tabulated, 16 for men and 16 for women. In athletics running, 12 events for men and 11 for women were tabulated along with four events for each gender in jumping and throwing, for a total of 39 athletics events.

The national medals won by Japan and other recent hosts will also be discussed. We begin with swimming.

Table 1 shows the average percent improvement of the 32 gold-medal winning times at Tokyo compared to Rio 2016. Far from the Tokyo winners being worse than those at Rio, as would be a reasonable expectation, given the last two years of Covid, rather they were 0.29% faster on average. Even more remarkable is that the improvements at Tokyo compared to Rio exceeded improvements at Rio and at London 2012, each compared to the immediately preceding Games. Table 1 shows that men improved more than women at Tokyo but women averaged more improvement over the three Games.

Below are listed the three gold-medal male and female swimmers who most improved the winning time at Tokyo compared to their counterparts at Rio 2016.

Three of the six are from Australia, which speaks well of Australia’s success at helping their athletes compete in the Covid era, in spite of having to make many Covid-induced shutdowns of sports. In addition to having an outstanding winning time in a specific event, three of these athletes also won medals across a spectrum of events. Dressel won five medals, all gold. McKeown won four medals, three gold and one bronze. McKeon won seven medals, four gold and three bronze. Dressell, McKeown and McKeon are arguably the three most outstanding performers in swimming.

Table 2 analyses athletics in the same way that Table 1 analyses swimming. In athletics, the gold medal winners at Tokyo proved to be 0.65% faster than their counterparts at Rio 2016. As was so remarkable for swimming, given Covid-induced impediments, the improvements at Tokyo compared to Rio exceeded improvements at Rio 2016 and at London 2012, each compared to the immediately preceding Games. Table 2 shows that men improved slightly more than women at Tokyo but, as in swimming, women averaged more improvement over the three Games.

Below are listed the three gold-medal male and female athletics winners who most improved the winning performances at Tokyo compared to their counterparts at Rio 2016.

The six gold medalists won three running events, two jumping events and one throwing event, approximating the relative number of events for the disciplines of athletics. Two of the six winners are from Norway which, like Australia in swimming, must be commended for its success in the era of Covid. Ingebrightsen created the greatest single improvement for swimming and athletics with nearly a 10% improvement in the 1500m run.

We can evaluate Japan’s success as the host nation compared to past host nations using Table 1 in the 2016 article, “A smashing return: Team GB's Olympic host legacy”. The table evaluates the progression of medals earned by each host nation from 1956 when the Olympics returned to full strength following the Second World War through to the 2016 Rio Olympics, excluding the boycotted Games of Moscow 1980 and Los Angeles 1984. Tabulated are the medals won by each host over five separate Games, starting with the Games held eight years before hosting through to eight years after hosting. The four between-Games changes are calculated and averaged. That table allows us to evaluate the success of Japan and three other nations at the Tokyo Olympics.

The IOC names a host nation about eight years prior to the Games. As the bid is being prepared, athletes are energised by that effort and by the naming of familiar venues to be improved. After selection, the athletes continue to be energised. From the table we see that the average future host gains five medals from eight years to four years prior to hosting. However, France – to be host of the 2024 Games – earned only 33 medals at Tokyo, 14 medals less than we would expect, considering the 42 medals won in 2016. In contrast to France, Japan, Brazil and Team GB were much more successful.

From four years prior to hosting through hosting, dramatic improvements of sports resources and venues are experienced by athletes, many of whom automatically qualify for the home Games without the tiring and psychologically demanding international qualification process. Typically, the host nation also has the benefit of huge numbers of local supporters each day and at the venues; however, the Japan team had no fans in the stands and – as previously mentioned – there were some who wanted the Games canceled altogether. The average host nation gains 13 medals from four years before hosting to hosting. Japan earned 41 medals at Rio and 58 at the Tokyo Olympics, a gain of 17 medals, four more than the average.

From hosting through to four years later, automatic qualifiers are no longer available and the huge psychological boost of hosting is no longer there. The average host loses seven medals during that period. Instead, Brazil earned 19 medals at Rio and then 21 at Tokyo, a gain of two, which is nine medals above average. Brazil is an excellent example of maintaining its momentum after hosting. Team GB is the only other former host to gain medals four years after hosting.

From four years after hosting through eight years after, the former host usually loses three medals as it settles into its post-Games mode. Team GB earned 67 medals at Rio and 65 at Tokyo, a loss of two medals, one less than normal. It is even more noteworthy to examine the entire 16-year period (actually 17 years here) now available for Team GB. Typically, a host has a net gain of eight medals from eight years prior to hosting through eight years after, as its hosting legacy. Team GB earned 30 medals in 2004 and 65 medals at Tokyo 2020/21, a gain of 35 medals which is 27 more than average and nearly twice the 19 medals gained by the next most successful, Australia, in conjunction with the Sydney 2000 Olympics. Team GB has set the standard for managing resources into continuing excellence, more than doubling medal count from 2004 through 2021.

In spite of all the obstacles that the Covid-19 pandemic threw in the way of Olympic athletes, gold medal winners in swimming and athletics not only improved on the performances of their gold medal predecessors from Rio 2016, the amount of improvement exceeded that of the last two Olympics. Australia in swimming and Norway in athletics produced athletes who most dramatically improved on past gold-medal performances despite Covid.

Japan exceeded the average medal boost of a host nation compared to the Olympics before hosting. Brazil maintained its medal-gain at Rio 2016 in spite of Covid. Team GB more than doubled its medal count from the second Games prior to hosting to the second Games afterwards, a masterclass in managing resources in spite of adversity.

We can concisely summarise the individual and team successes versus Covid-induced impediments by the following summary score:

Ray Stefani is an emeritus professor from the California State University Long Beach, USA with nearly 200 publications dealing with understanding individual performances and predicting the winner in team sports.