How well did an algorithm perform at the 2019 Rugby World Cup?

Written by Niven Winchester on 14 November 2019. 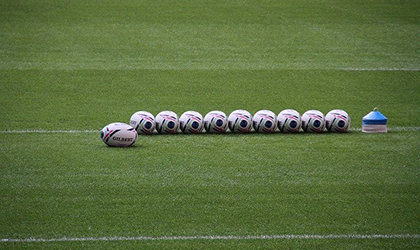 My previous Significance article outlined statistical-based forecasts for the 2019 Rugby World Cup (RWC) by Rugby Vision. According to these forecasts, New Zealand were favourites to win the tournament, but the All Blacks were convincingly beaten by England in a semifinal, and South Africa were crowned 2019 RWC champions.

Does this mean that the algorithm should be ‘kicked into touch’? The short answer is ‘no’. In the same vein, the algorithm’s forecast that New Zealand were favourites when they won the 2015 RWC does not mean that it is a crystal ball. The algorithm’s RWC performance is dissected below.

Which teams were most likely to win the RWC?

A more robust evaluation method examines the algorithm’s predictions for each RWC game. For each game, the algorithm predicted the probability of each team winning and the expected winning margin of the favourite. For example, in a quarterfinal, the algorithm estimated that Wales had a 67.3% chance of defeating France, and their expected winning margin was six points. This means that if (hypothetically) the quarterfinal was played 100 times, Wales would be the favourite in each game, but France would be expected to win 33 games (and Wales would be expected to win 67 games). In other words, the algorithm expects upsets to happen but it doesn’t know when they will occur.

Figure 1 displays the expected winning margin (horizontal axis) and observed winning margin (vertical axis) for the algorithm’s favourite in each game. Games with positive observed winning margins indicate that the algorithm’s favourite won, and games with negative winning margins represent an underdog victory. For example, in the opening game (jpn_rus, green marker in Figure 1), Japan were expected to beat Russia by 30 points and they won by 20 points; and in the first semifinal (nzl_eng, black marker in Figure 1), New Zealand were expected to defeat England by eight points but they lost by 12 points.

Overall, the algorithm’s favourite won 40 out of the 45 (88.9%) games played (three games were cancelled due to Typhoon Hagibis). The trend line indicates that, on average, larger observed winning margins are associated with larger predicted winning margins, and there is essentially a one-to-one relationship between observed and predicted margins. (Specifically, the slope coefficient for the trend line is 0.991, and the R-squared for the trend line regression is 0.798.) This shows that predicted margins were unbiased estimates of actual margins. 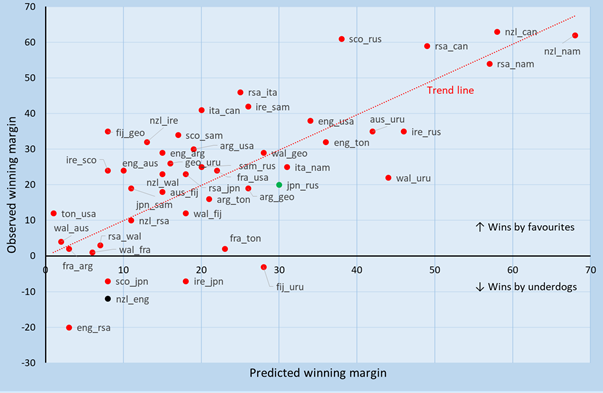 TABLE 1 Prediction summary for the algorithm and bookmakers at the 2015 and 2019 RWCs.

Table 1 also reports the number of spread/handicap bets won by the algorithm. The bookmakers’ handicap for each game is intended to result in a wager on either team having a 50% chance of succeeding, so the 58.3% and 57.8% spread success rates in, respectively, 2015 and 2019 are further evidence that the algorithm’s predictions outperformed bookmakers’ handicaps. Accounting for the bookmakers’ profit margin, a $100 spread bet on each game according to the algorithm’s predictions would have resulted in a profit of $548 in 2015 and $466 in 2019.

Niven Winchester is a principal research scientist at the Massachusetts Institute of Technology, a senior fellow at Motu Economic & Policy Research, and a principal at Vivid Economics.

Archived predictions for the RWC and other rugby competitions are available at rugbyvision.com.

This article was updated on 22 November 2019 to correct the information in two cells of Table 1: spread/handicap bets won, and profit from a $100 spread bet on each game, both for 2019 RWC.