Naughty Millwall – but are they the worst behaved? 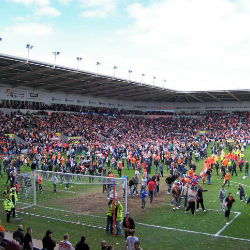 On Saturday 19th February a soccer game between Millwall and Middlesbrough was almost cancelled due to crowd trouble. While the events must not be condoned, it is worth remembering that this is nothing compared to some of the scenes seen in English football during the 1980s where deaths were extremely rare, but not uncommon. The introduction of all-seater stadia after the Hillsborough disaster is largely seen as contributing towards the reduction of football violence. However, in recent years another tactic has been used by the police – banning orders. A football banning order is a preventative measure designed to stop potential troublemakers from attending football matches and can last between three and ten years.
The Home Office keeps detailed statistics on football banning orders by clubs. By looking at these statistics in isolation, we fail to take into account the number of fans that go and see a club play. Instead, using historical data on the average crowd attendance at home games, we can identify those well-behaved clubs and those ‘naughty’ clubs. Before we do this, it is worth giving a quick summary to the statistics of banning orders.
The graph below is a histogram showing the 92 clubs in the English top four divisions and the number of banning orders they have received. Since the banning order was introduced in 2006, 2,942 have been handed out to these 92 clubs. From the chart, we can see that 24 clubs have less than ten banning orders each, while four clubs have more than 100 banning orders, and one club has more than 150!
Histogram of banning orders Three clubs are worthy of being congratulated - Accrington Stanley, Stevenage Borough and Yeovil Town have yet to have a single fan banned. At the opposite end of the scale, Millwall, Leeds United, Cardiff City and Newcastle United have all had over 100 banning orders each. However, compared to Accrington Stanley, Stevenage Borough and Yeovil Town, they have substantially more fans attending their games. Is this increased number of banning orders down to increased fans? Or are the fans at these teams just more likely to get a banning order?
The analysis to follow comes with a warning. The banning orders can happen at home and away grounds and the average home attendance is only used as a proxy for how many people go to see a team.
So for each of the 92 clubs, we are able to calculate the number of banning orders handed out per thousand fans. This means that clubs such as Millwall, Leeds United, Cardiff City and Newcastle United are not penalised for having large crowds. So, who is the 'naughtiest' club in England? Well three out of the four clubs mentioned are still in the Top 5 with Newcastle United being pushed all the way down to 37th placed. Check out where your club sits in this alternative league! 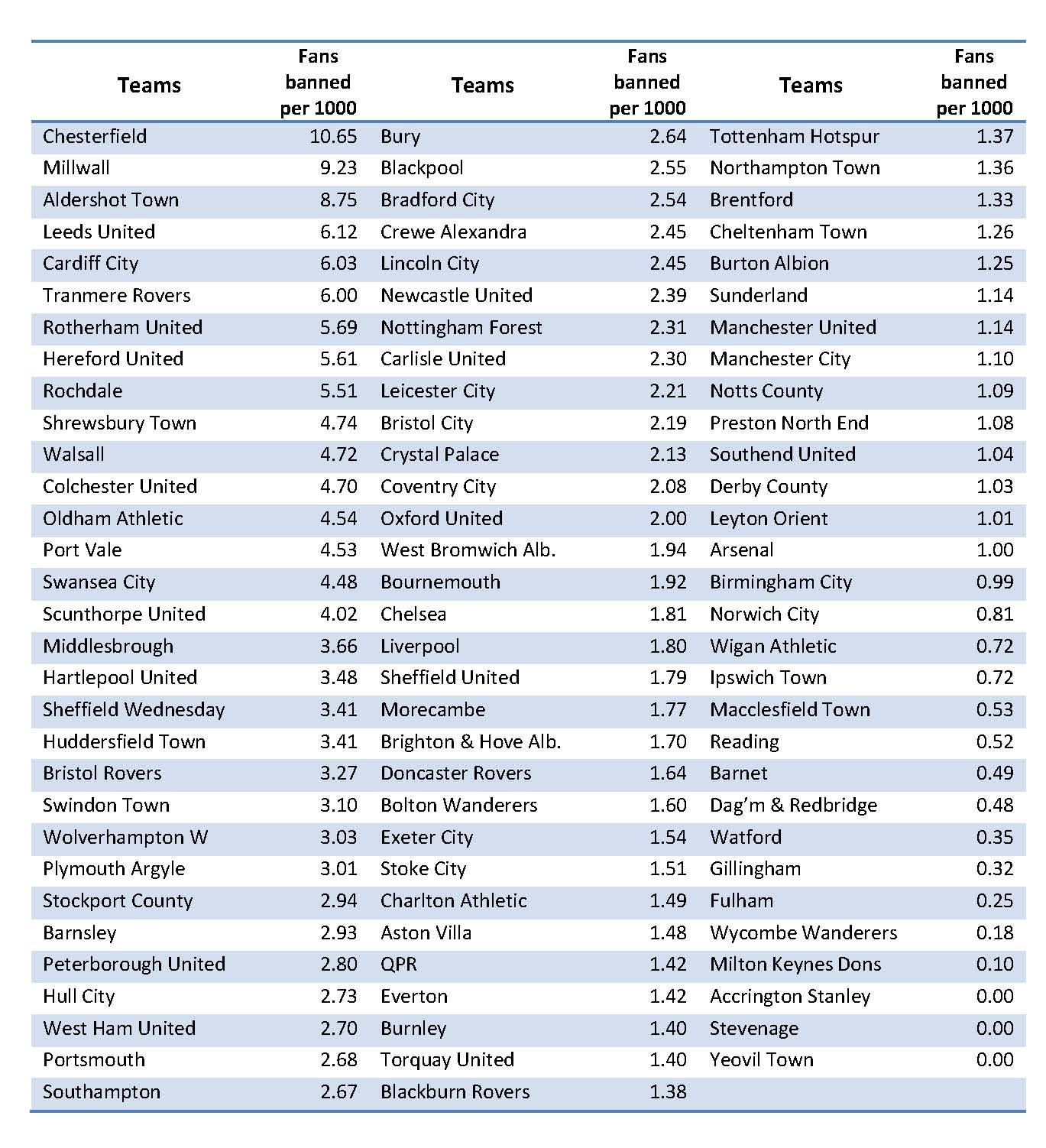