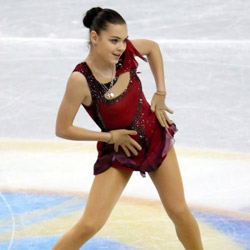 At Sochi, American NBC TV sports analyst Mary Carillo was asked what she would most remember about the Games. Her answer was the confusing figure skating scoring system. She is not alone in that view; but the past has held other memories.


In the 1984 Olympics, Torvill and Dean, performed their free ice dance to Bolero, scoring a perfect 6 for both technical merit and artistic impression, still remembered today as much for the purity and beauty of the performance, as for the simplicity of the scoring system.


Unfortunately, a biased judge could assign scores without justification. The International Skating Union, ISU, created a system that discourages cheating but has no intuitive meaning to the public. Years from now, will ice dancing enthusiasts talk proudly of seeing American pair Davis and White score a record 116.53 in their 2014 free program? I think not.

I will suggest a much more intuitive way to post the scores, without any change to the system itself. I will illustrate my proposal using a cause célèbre at Sochi. Adelina Sotnikova (Russia) won gold in the women’s figure skating, outscoring Yuma Kim (Korea). Opaqueness made the scoring system its own worst enemy. The three medal winners’ scores appear at the top portion of Table 1, just as the public saw them after the free skate. The 'Technical Element' score for Sotnikova is higher than for Kim; but why was it higher? The two had similar 'Program Component' scores, although the public probably does not understand what that score entails. When combined with the previous short program score (where the Russian had a deficit of 0.28 points), Sotnikova finished 5.48 points clear for the gold medal.

Many onlookers enjoyed the artful free-flowing style of Kim and wondered why her technical score was lower. The sports section of the LA Times suggested that Solikova won due to favorable judging. The next day, three past figure skating medal winners were interviewed on American TV. Elvis Stoyko, Johnny Weir and Tara Lipinski all stated that Solnikova won fairly due to her higher base values. It should not have taken a day to explain the scores.

The Program Component score is the easiest to make more understandable. Table 2 breaks down that score, as taken from the Sochi website. Hiding in the data are five 10-point scores. (The judges’ scores in each area are expressed as a 'trimmed mean' where the highest and lowest scores are dropped and the rest are averaged.) The sum of the five scores is multiplied by a factor of 1.6, making the total score hard to understand. The average of those five 10-point scores would be a more intuitively measure of 'Artistry', equal to 10 x (Program Component score) / (maximum Program Component score). The maximum Program Component score for the women’s free skate is 5x10x1.6 or 80. Sotnikova’s score for Artistry would be 10x74.41/80 or 9.30. The Artistry scores for Kim and Carolina Kostner (the bronze medallist) are 9.31 and 9.22 respectively.

The public only sees the composite Technical Element score, a sum of the 'Base Value' for the achieved elements, from a table available in the International Skating Union website, plus the sum of the judges’ 'Grade of Execution' or GOE values, as in Table 3 for which shows five of Solnikova’s 12 elements for brevity. The symbol 'B' indicates that a 10% Base Value bonus was earned for elements done later in the program. For GOE, a judge selects any of seven choices per element on a computer monitor. The computer assigns the correct numerical value to the chosen grade. For the Triple Flip in Table 3 (abbreviated 3F) the available grades are -2.1, -1.4, -0.7, 0, +0.7, +1.4 and +2.1. The judges’ trimmed GOE mean of 1.5 was added to her Base Value of 5.3 for a total of 6.80 for that element. Solnikova’s composite score of 75.54 equals her Base Value of 61.43 plus the judges’ GOE of 14.11.

For diving and freestyle skiing aerials, the posted score is more intuitive: the product of a degree of difficulty times the judged execution value. Similarly, I suggest posting Difficulty and Execution. For Difficulty, I suggest adding the maximum possible GOE to each base value and summing. In Table 3, Solnikova’s Difficulty (maximum possible score) is 84.23. The 10-point Execution score would be 10 x (Technical Element score) / Difficulty. Solnikova’s Difficulty value would be 10x75.54/84.23, or 8.97. I suggest that posting a Difficulty of 84.23 and an Execution of 8.97 is much more intuitive than just showing the composite score of 75.54. The other medalists’ Difficulty and Execution scores appear in Table 1, along with their Artistry scores.

If the public had seen posted Difficulty, Execution and Artistry scores, as at the bottom of Table 1, they would have realized immediately that Sotnikova had selected a higher Difficulty than Kim by about five points. Her Execution of that program was nearly the same as for Kim and their Artistry was judged to be equal. It would not have been at all questionable when the Russian gained five points from the free skate, overcoming her small deficit from the short program, thus earning the gold medal. Kostner chose a program with higher Difficulty than Kim; but her Execution was lower and her Artistry was slightly lower than for Kim. That explains why she won bronze.

My proposed system of Difficulty, Execution and Artistry won’t bring back the simplicity of the 6-point system, but it would bring sorely needed intuition to the current system. Those talented and inspiring athletes deserve nothing less.