Challenges with the tennis challenge system 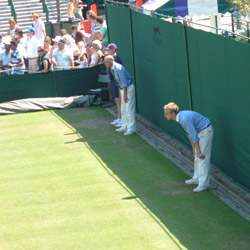 The new challenge system for close line calls in tennis has been used on the ATP and WTA tour for grand slam events since the 2006 US Open, and was designed to increase fairness for players by obtaining accurate line calls and enhance spectator interest through video technology. In the current system, players have unlimited opportunity to challenge, but once three incorrect challenges are made in a set, they cannot challenge again until the next set. If the set goes to a tiebreak game, players are given additional opportunities to challenge (usually one extra). If the match is tied at six games all in an advantage set, the counter is reset with both players again having a limit of up to three incorrect challenges in the next 12 games, and this resetting process is repeated after every 12 games.

Strategies as to when players should challenge have recently appeared in the literature. Pollard et al. (2010) show that challenge decisions are based on the rate at which challenges occur, the expected number of points remaining in the set, the number of challenges remaining in the set, the probability of the challenge decision being successful and the importance of the point to winning the set. Clarke and Norman (2010) apply dynamic programming to the challenge system to investigate the optimal challenge strategy and obtain some general rules.

There appears to be problems with the current challenge system: 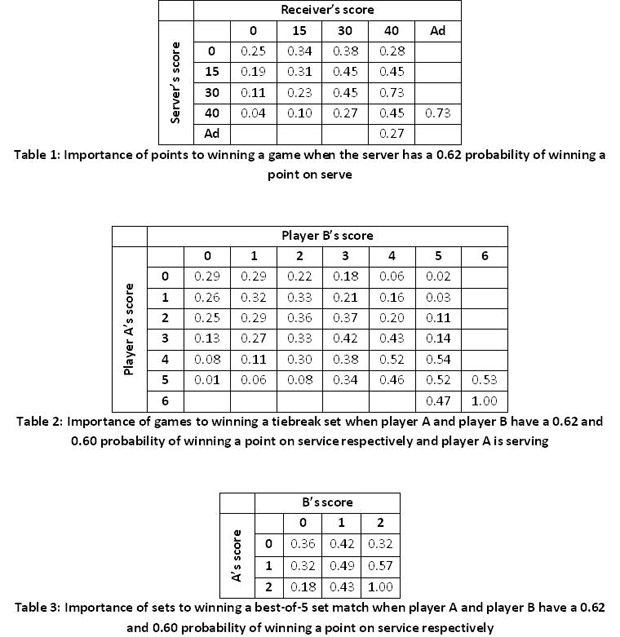 It is proposed that the present challenge rule is modified in one way. Namely, that a player is allowed to challenge on points with sufficiently large importance, without risking that player’s challenge point total. 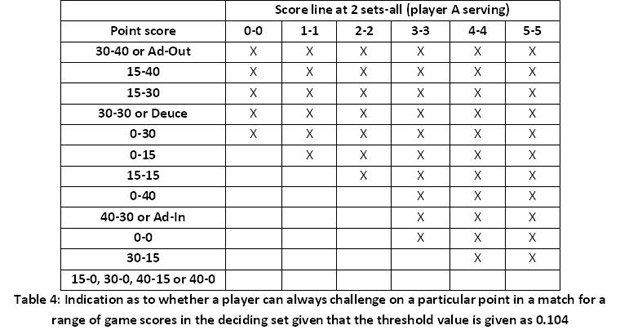