In a recent New York Times article Alan Schwarz talks about research by several University of Pennsylvania professors about the psychological importance of hitting .300. 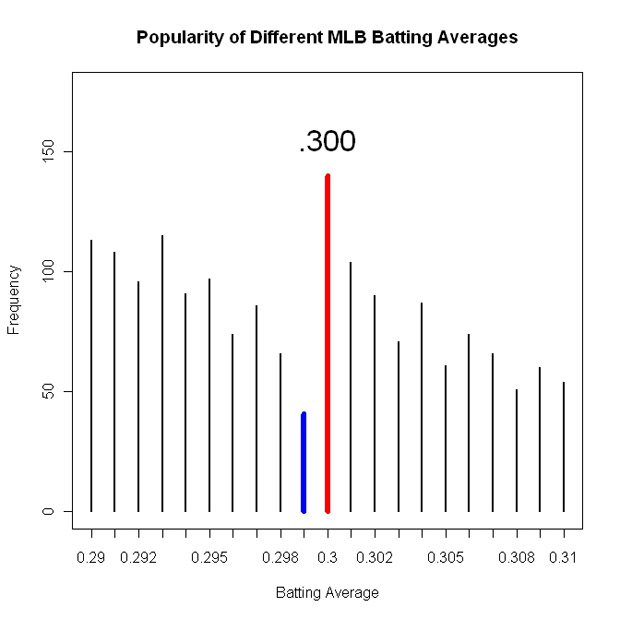 This graph shows the importance of the .300 mark in baseball. Batting averages slightly smaller than .300 are unlikely but a batting average of .300 is very likely. Athletes might like to say that the performance statistics are not important, but there are patterns in this data that suggest otherwise.