Is there a World Cup hangover for the top teams? 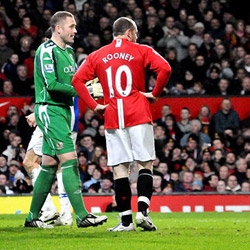 Bayern Munich have three of the top five World Cup players in their ranks (Castrol Index Top 10) and likewise all top clubs have quite a number of international players that participated in last summer’s World Cup. Just think of the magic Rooney and van Persie will weave under van Gaal’s leadership, the hunger that Barcelona players have to prove themselves and the sleepless nights that Real Madrid's opponents will have thinking about facing up to face Bale, Ronaldo and Rodriguez amongst others. Big teams, big names, big results!

Well don’t bet on it. Manchester United just started the season with a 2-1 loss to Swansea last weekend and it shouldn’t have been that big of a surprise to see a top team fail. Having released 14 players for World Cup duties at the end of last season, some players may still be experiencing fatigue.

Let’s also look at some of the top clubs’ performance in their respective leagues just after the 2010 World Cup:

It's not just after noting down these cases that one would start to wonder whether fatigue or lack of preparation could have crept in. In an academic paper published in the Journal of Performance Analysis in Sport during 2011, Lames and Kolbinger prove that German Bundesliga teams who release many players in the summer performed badly during the first half of the 2010/11 season. Whereas 'teams with few or no releases performed surprisingly well'.

Bucking the trend, Arsenal managed to obtain points from all matches in their opening five league matches of 2010/11 by winning three and drawing two. This compared favourably to losing two and three games in their first and last five matches respectively of the preceding season (‘+’). Nonetheless it can be noticed that for every team that performed better after releasing players, there are about two that performed worse.

At the end of last season, twenty one teams released at least seven players to participate in the World Cup. Together with the teams mentioned in the introduction one can add the expected Chelsea, Liverpool, Manchester City, PSG, Arsenal, Atletico Madrid, Porto and Zenit St Petersburg (in order of released players). These teams may have the quality reserves to still obtain good results, even if similar teams such as Barcelona, Internazionale and Panathinaikos missed a step or two just after the 2010 World Cup and we’ve just seen Manchester United do the same.

Yet I fear this time round that Juventus, Napoli, Internazionale, AC Milan, Lazio, Dynamo Moscow, Borussia Dortmund, Vfl Wolfsburg and Schalke 04 may be more liable to a ‘surprise’ bad run given their starting eleven dependency on World Cup released players and the smaller gap with competing teams.

Acknowledgment: Advice given by Michael Gales has been a great help in writing this article. Mark Taylor has also written on fatigue in the Premiership in greater detail.