It's a man's world: gender imbalance in sports reporting 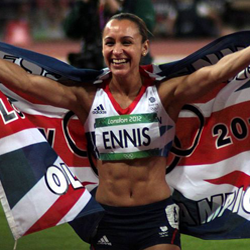 Sport is a man's world. At least that's the impression I get when I watch any. Reporters are (mostly) men, reporting on (mostly) men, except where beach volleyball and tennis are concerned, and then it's still seemingly just for men to look at. Not surprising then, the Olympics were a breath of fresh air this summer. Everyone cheered when Jess Ennis finally won that gold medal, when Lizzie Armitstead was the first Brit to step onto the victory stage, and when the aquatics centre exploded after Ellie Simmonds made it to the finish line first.

After all those Olympic success stories, you might expect women to get a bit more attention on the BBC's sports pages1. However, as this tweet in @EverydaySexism's timeline made clear, it doesn't seem to have happened. Out of three months of sport's coverage highlighted on the BBC's Facebook page, only 5.4% of posts covered women's sports. Abysmal seems an appropriate description here.

So how does the sports coverage measure up? The BBC Sport's Facebook page highlights only some of its sports coverage, so there is a chance that women are covered, but they just don't make it onto the Facebook page. Unfortunately, the Beeb isn't very good at archiving their sports material, so apart from collecting data from Facebook, there doesn't seem to an easy way to retrospectively see how often they covered women in sport2. Luckily, the Dutch public broadcaster – the NOS – does archive all their sports coverage by date on their website. And to make this international comparison complete, I also added a bit of Belgian (or rather: Flemish – my French isn't what it used to be) sports coverage by adding their public broadcaster's sport Facebook page (Sporza). For all three broadcasters, I gathered all their (highlights of) sport coverage for the whole of November.

So how do these three countries' public broadcasters compare on reporting on men and in sport? Well, not very well. The BBC had no posts relating to women's sport at all, while the Belgians only specifically covered women in sport once: a story on professional female cyclists appearing in a 'sensual' calendar. The Dutch, who contributed all stories not just highlights, score ever so slightly better. Though with only 11% of articles covering women, it's hardly an improvement. 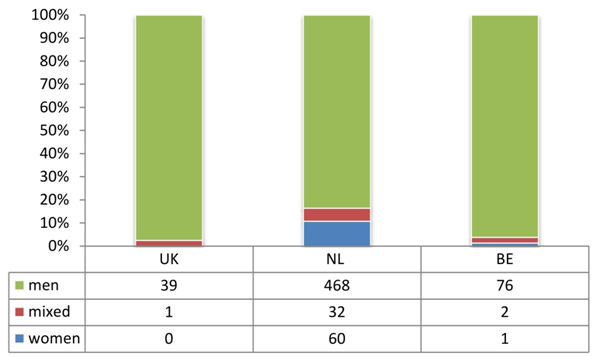 But hey, what about confounders, things that might mess this quick analysis up? Maybe there's one particular sport (let's call it football) that's skewing these results. Women's football is famous for its lack of coverage, so maybe these nations' football obsession is partly to blame for the lack of coverage of women in sports? Well, football does make up the majority of posts and articles, especially when looking at Facebook highlights. 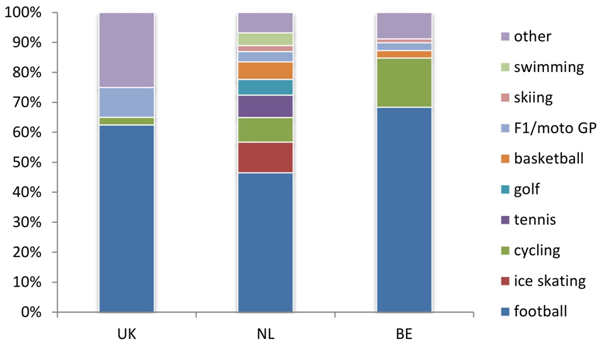 So what happens if we just ignore football (something we ought to do more often)? Well, nothing much really. Women are still massively underrepresented on the sports pages, with 1 in 5 articles focussing on them at best, and even fewer articles mentioning both men and women.

What about those other sports? The UK and Belgian Facebook highlights didn't include too many sports besides football or other male-dominated sports such as Formula 1. The Dutch broadcaster did include a lot of other sports though, so surely there must be some sports where reporting is more equal? 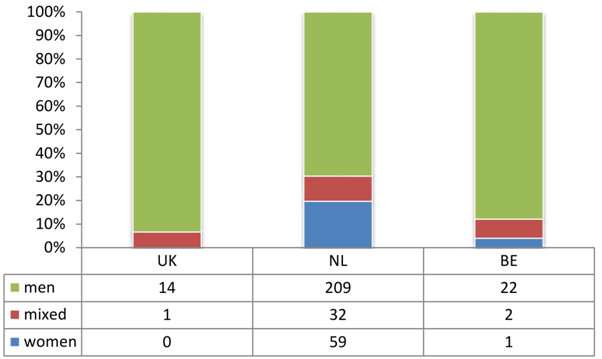 And yes: there seems to be some good news: for skiing, swimming and long-track ice speed skating3 gender balance looks a lot more promising with generally equal coverage. There are also some more disappointments though with cycling and tennis, which I expected to be more balanced. 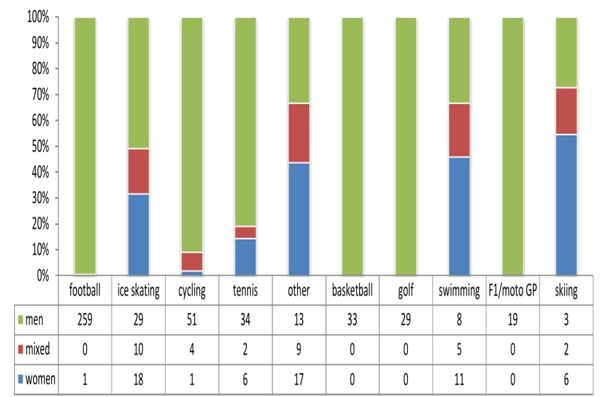 Especially for cycling I personally expected better. Mostly because coverage tends to be biased towards people or teams who win, and the current women's world and Olympic road cycling champion happens to be Dutch. The men in Dutch cycling on the other hand, have hardly anything to boast about this year, apart from being mentioned in relation to Lance Armstrong just a bit too often. Still, only one single story covered women's cycling.

Broadcasters aren't the only ones to blame though. Especially in the case of road cycling, there just isn't that much to broadcast. While the men will be plastered over the television every weekend from March till September, there are just two women's races that tend to be covered live on Dutch television: the world championships and the Olympics. For almost all other classic road cycling races such as the Tour de France, Paris-Roubaix or Milan-San Remo, there are no races for women. The men race, amateurs often get a chance to go on the course, and there might even be a special race for under-23s, but not for women.

This seems to lead to a vicious circle: there are fewer events for female athletes, leading to less media coverage, which in turn makes women's sport less interesting for sponsors who'd like some air time by plastering their logo onto some sporty people, resulting in less money to actually put on those events.

It has to change. Sports like skiing seem to make it work. Lindsey Vonn is so far ahead of the rest of the field that she has asked to compete with the men. She'd stand a fair chance. A mixed gender relay was introduced in swimming so men and women can compete together rather than having separate events. We loved seeing our women competing in the Olympics as much as we did the men. Now let’s get them back on their screens.