Premier League managers: who deserved the sack and who didn't? 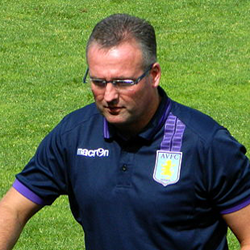 Aston Villa's Paul Lambert is the latest English Premier League manager to be fired, and the media’s assessment of his reign has been less than complimentary. The club is staring relegation in the face, so fans and the club's owners might argue that the dismissal was justified. But manager sackings are not always so clear cut.

Football is about results and managers enter into the game knowing this. But of all the managers that have been dismissed since the Premier League started in 1992, we wanted to find out who most deserved their P45 and who had reason to feel hard done by.

Who got a raw deal?

Our analysis was limited to those sacked managers that were given the equivalent of two seasons of football (76 games) at the helm. The average win rate of this group is 40.5%. For managers still employed in the Premier League, the average win rate is 48%. Sacked managers with the top 10 win percentages (see table below) all won more than 49% of their games.

Topping the ranks of the seemingly hard done by are Carlo Ancelotti and Roberto Mancini. Each spent over £100 million on player transfers, so the pressure on them was always going to be great. But they both won the league and the FA Cup for their respective clubs in return for their massive transfer budgets.

Meanwhile, Gerard Houllier spent over £60 million at Liverpool but at least he won the FA Cup, UEFA Cup and two League Cups.

The real victim here appears to be Nigel Adkins. He took Southampton from League One back into the Premier League in two seasons and then got the sack mid-way through his first season in the top flight. His team were three points off the relegation zone, but with a win rate of 54%, Adkins seems to have got a rough deal. However, he was also sacked from his next job at Reading, with a win percentage of just 36% over 80 games. Which leads us to our next question.

Who deserved the sack?

In contrast to Mancini and Ancelotti, Claudio Ranieri won nothing despite spending more than £158 million on players. But if we are talking about big spenders with no trophies to their name then this is where we return to the recently-sacked Paul Lambert. Over his two and half years at Aston Villa he spent almost £50 million in the transfer market, but returned a 29.6% win rate for his chairman. David O’Leary’s tenure of Leeds United needs mentioning too. He had a decent win rate of 49.75%, but his failure to break Leeds into the big-time ended in financial disaster at the club, from which it has yet to recover.

At the less extravagant end of the table, Gary Megson wins the wooden spoon for his time as Bolton manager which ended with a dismal win rate of 27.3%.

Chris Hughton’s time at Norwich is also notable for the sizeable budge he had. Despite spending over £31 million in the transfer market, he was sacked with Norwich just above the relegation zone and with a win rate of 29.3%.

Hughton’s appearance in the bottom 10 is curious though. Before joining Norwich he managed Newcastle and won 55.7% of all his games - this during a period in which he was forced to sell his best players and did not get the chance to reinvest in the team. He was ultimately sacked after 70 games in charge (and is therefore excluded from the top 10).

Who are the most trigger-happy employers?

Joint top of the list of total manager sackings are Chelsea and Tottenham Hotspur, with nine sacked mangers each. Tottenham have spent huge amounts of cash (especially since they sold Gareth Bale) in an effort to break into the Champions League, but to no avail. They have been through 12 managers in 20 years, so the White Hart Lane dugout is not somewhere a football manager should get too comfortable.

Manchester City are also quick to fire their managers, but the blame can't be pinned on their relatively new Arab owners as six of their eight manager sackings occurred before Sheikh Mansour bought the club in 2008.

Southampton, Fulham, Newcastle, Sunderland and West Ham are next on the list. These clubs have all experienced life outside the Premier League in recent seasons, denying them valuable TV income, so it’s not hard to see how loyalty to mangers can be quickly dispensed with when faced with relegation and its accompanying financial punishment.

Besides which, a change in manager can offer some benefits to a struggling club. The League Managers' Association says that a new manager's honeymoon period can bring with it an extra 2.5 points - however, after 12 games the team's descent down the league table is likely to continue. Yet another analysis from an economic firm found that new team leadership can yield seven extra points from ten games. Aston Villa fans would probably be more than happy with that return right now.