A bet on life: Irregular immigration

Year after year thousands of irregular immigrants from North and sub-Saharan Africa risk their lives in dangerous seas to travel to Spain and Europe through the Canary Islands or across the Strait of Gibraltar. This month, the Spanish Association for Human Rights of Andalusia (Associación Pro Derechos Humanos de Andalucía, APDHA) published figures (link in Spanish) of irregular migrants intercepted by police in 2011. With the economic crisis the number of intercepted boat migrants descended from 15,572 in 2008 to 5,369 in 2010.

An analytical look at religious background and residential segregation in Belfast

Written by Andrew McCulloch on 09 January 2012. 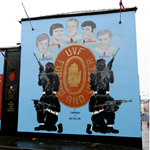 I was in Belfast, Northern Ireland, just before Christmas. It was the first time I had visited the city. Residential segregation of people from different backgrounds is a feature of all cities and partly reflects the natural workings of housing and labour markets. People with different levels of resources are sorted into residential areas according to the type and cost of housing and the type of amenities in an area. People also tend to like living in areas where there are people from similar backgrounds to themselves. In many British cities there are local areas which are distinguished, to a degree, by residents' ethnicity and, in the case of Belfast, by religious background.

Rape more common than smoking in the US

Written by Stephanie Kovalchik on 06 January 2012.

The United States is experiencing an epidemic of sexual violence. New findings from the National Intimate Partner and Sexual Violence Survey (NISVS), a study launched by the Center for Disease Control and Prevention in 2010, report that nearly 1 in 5 women are estimated to have been the victims of rape, defined as unwanted completed or attempted sexual penetration, including victims who did not have the capacity to give consent (owing to intoxication, for example). In almost all cases, the perpetrator was someone the victim knew (91.9%) and more than half of the time was their own partner. Young adulthood was the period of highest risk for first sexual victimization. For 80% of female victims, first rape occurred before age 25; for 42%, before age 18.

Every weekday on my way to university I walk past the US Consulate General in Barcelona (and one or two rather bored policemen or policewomen keeping guard at the other side of the street). Yesterday, though, it was closed. It was Thanksgiving Day, a holiday we (biasedly?) view in Spain –and many other countries- through the filter of American films and novels: the family dinner around a large table, saying grace holding hands, and most prominent amongst the different dishes, the turkey. Why not use statistics to get a more accurate picture? 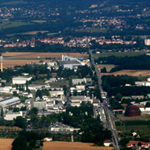 By now, you surely have heard all about neutrinos travelling faster than light during the Opera experiment. You'll know about the bafflement of the physicists, who are not still really sure of how to interpret the results. And you'll be aware that neutrinos are tiny particles, with no electrical charge and very small mass which almost do not interact with matter -so that no tunnel was actually necessary between the emitting end at the CERN in Geneva and the receiving end at the Gran Sasso National Laboratory (LNGS) in Italy, as the Italian Minister for Education, Universities and Research apparently thought. So, I'm not going to tell you about the discovery, and I'll grab the opportunity to write about the prudence with which scientists are dealing with it.