A long tradition: Discussion meetings at the Royal Statistical Society 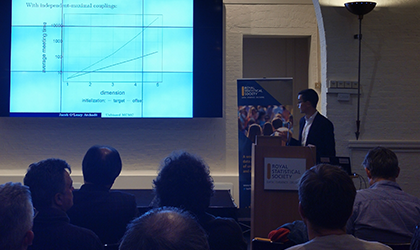 Discussion meetings are the most prestigious of the many types of meetings organised by the Royal Statistical Society (RSS) where researchers can present their work. They have built up a long tradition, and many of the most important ideas in statistics were first presented and discussed at these meetings. Paul A. Smith, the current discussion papers editor, explains.

From its very beginnings as the Statistical Society of London, the Royal Statistical Society (RSS) has met regularly to discuss the latest developments in statistics. These regular meetings were initially called “ordinary meetings” because they were the usual meetings of the RSS. But they gradually evolved so that there would be a main paper, with some response from the members present, and it eventually came to be that (with classic British understatement) ordinary meetings of the society were special, with the discussion published (since 19101) in the society’s journal to record the proceedings. Ordinary meetings were renamed “discussion meetings” following a review in 2016.

The standard format for a discussion meeting is for the authors to present their paper, which will have been available as a preprint (see "How to participate in discussion meetings"). This is followed by a proposer and seconder of the vote of thanks – partly ceremonial roles, but with the very real job of starting the discussion. By tradition the proposer is generally supportive of the paper, and the seconder aims to be more critical – but in the nicest possible way. Both get ten minutes at the meeting, and those present approve the vote of thanks to the authors with a round of applause. Then the floor is opened, and anyone present may have five minutes to respond to the paper or the foregoing discussion. If time remains after everyone who wants to has contributed, then written discussion contributions may be read out. Finally, the authors get an opportunity to respond to the discussion.

The modern format of these meetings derives from a wish to ensure that there would always be some discussion from the membership of important papers. Prefacing the discussion of the first example in the Journal of the Royal Statistical Society (JRSS), we find the president, Sir Jervoise Athelstane Baines, explaining the new approach:

THE PRESIDENT said the Council had decided to adopt, at any rate tentatively, the plan of making the vote of thanks to the reader of the Paper more formal than had been the practice hitherto by nominating two members specially conversant with the subject to move and second it, and thus open the discussion. He would call upon Dr. Dudfield, accordingly, to move the vote of thanks on that occasion.1

The historical record of ordinary meetings and discussion meetings, spread throughout the different series of the JRSS, makes for a fascinating read, and demonstrates some difficult relationships between prominent figures: for example, there are some pointed exchanges between R. A. Fisher and Karl Pearson in the discussion of a paper presented by Jerzy Neyman in 1935.3 But much more often it shows the high regard in which members of the society have held each other, and their willingness to share ideas and work towards a greater understanding of statistics.

Some statistics of the last thirty years

When I took on the role of discussion papers editor in 2017, I had many questions about how today’s meetings compare with the past. But there were no answers – not even a catalogue of all the discussion meetings. So, I set about gathering the evidence – a long job which will take me a while yet to complete, but I can report some statistics from approximately the last 30 years.

There has been a change in the frequency of discussion meetings (Figure 1). During the 1990s, a regular monthly programme (with a break in the summer) was frequently filled, but fewer papers have been accepted for discussion in the last 20 years, with a suggestion that this has particularly affected meetings organised directly by the RSS and by sections other than the RSS Research Section.

The Research Section meets regularly, and one of its main functions is to consider new methodological developments, generally suitable for JRSS Series B (though it does sponsor papers in other series of the journal too). But it was only in 2017, after a review, that the Discussion Meetings Committee took over dealing with all discussion papers with the support of the sections (including Research Section’s continuing support for methodological submissions). This has already increased the number of meetings in 2018 and 2019, and we hope to continue this trend.

TABLE 1 Median and quartiles of number of discussions per paper for discussion papers in any series of JRSS presented January 1991 – January 2019. 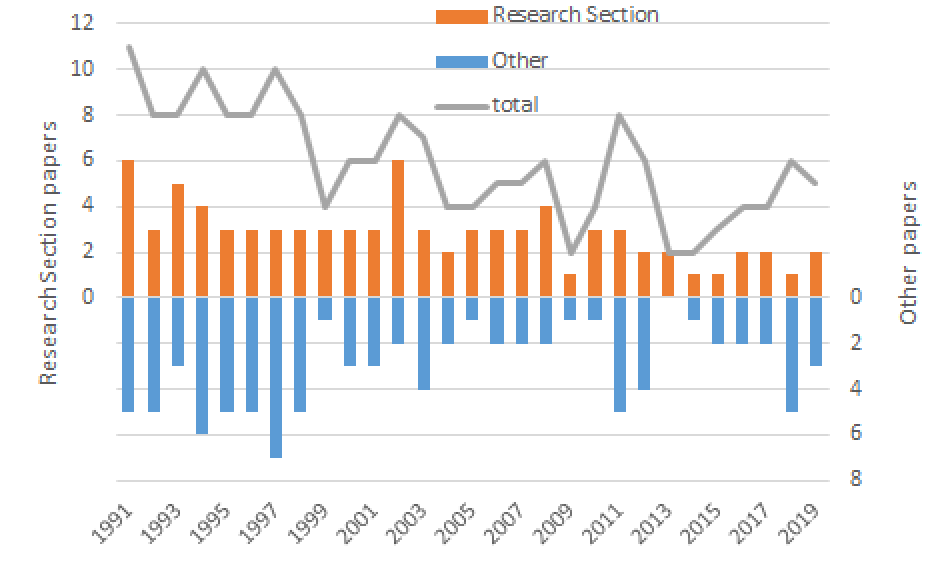 FIGURE 1 Numbers of discussion meetings 1991-2019, and the split between Research Section-sponsored meetings and other meetings.

Figure 2 shows the most common words in the titles of discussion papers published between 1991 and 2019. The prevalence of Bayesian approaches to analysis in this period is clear, and “Monte Carlo” also makes a substantial contribution (greater than “Markov chain”). Many of the most common terms are standard words in statistics which would not be out of place in any era, but there are some other words at lower frequencies which betray the breadth of topics covered in these meetings – such as “DNA”, “causal” and “census”. 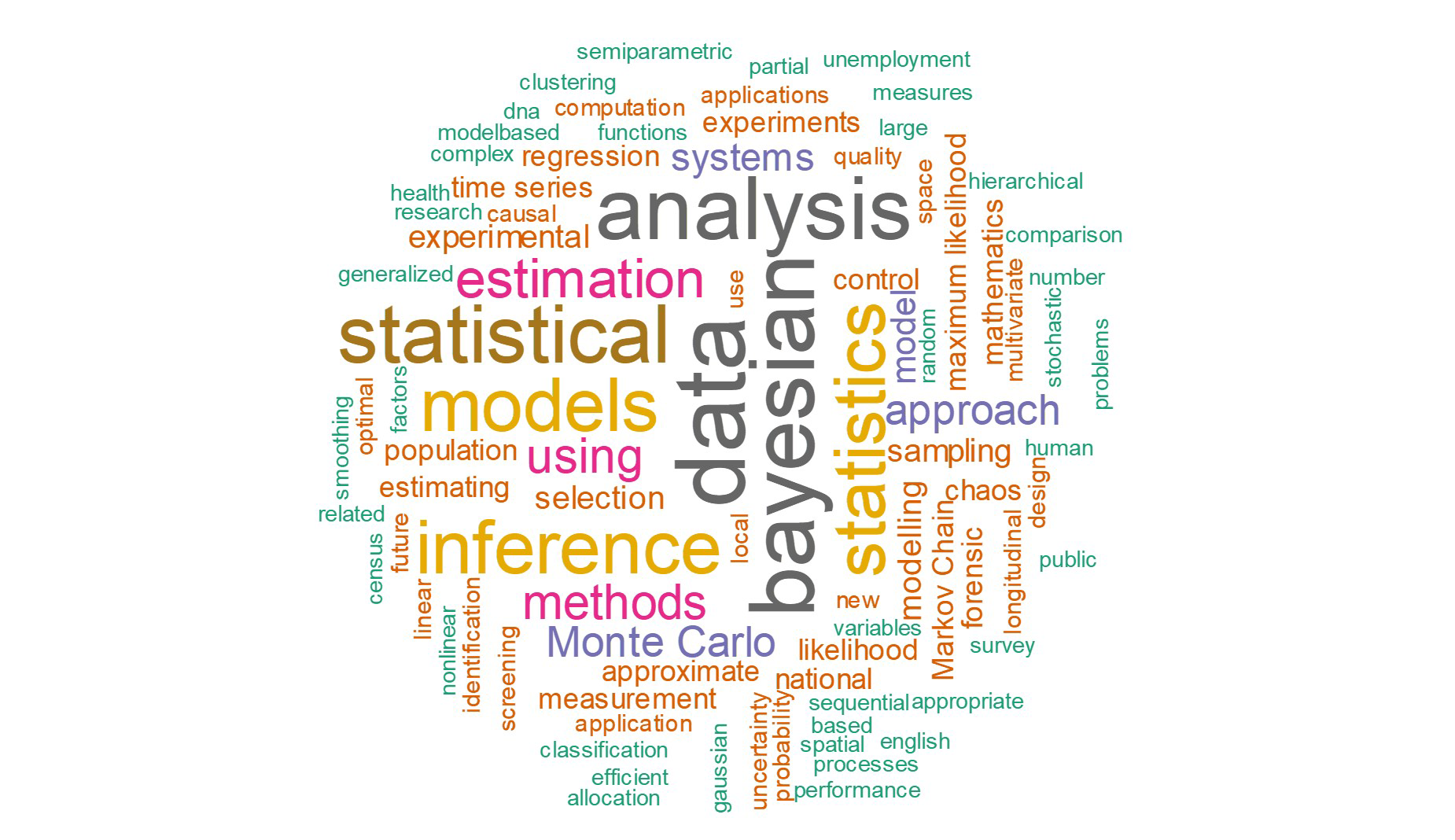 FIGURE 2 Wordcloud of the most frequent words in the titles of discussion papers published 1991–2019.

It will, of course, be interesting to eventually compare the topics of discussion from these last nearly 30 years of meetings to the previous 30, and the 30 years before that. The focus of each era is likely to be different, reflecting the concerns of the day, and showcasing in its own way the evolution of the field of statistics.

But while the topics of discussion might change, it is interesting to note that RSS Council’s tentative adoption of the discussion meetings procedure back in 1910 has lasted essentially unaltered for more than a century.

To conclude, I can do no better than to follow Jean-Claude Deville and Edmond Malinvaud, who prefaced their 1983 discussion paper4 with a quote from John Tukey, himself a regular contributor to discussion meetings:

“In general, the best account of current statistical thinking and practice is to be found in the printed discussions in the Journal of the Royal Statistical Society.”5

Paul A. Smith is professor of official statistics at the University of Southampton, and discussion papers editor for the Journal of the Royal Statistical Society.

How to participate in discussion meetings

Submitting: When submitting a paper to one of the RSS’s journals, you will see an option to ask for your paper to be considered as a discussion paper, in which case it follows a different review route than normal. Numbers of methodological discussion paper submissions aimed at Research Section/Series B have been reasonably healthy in recent times, but some more submissions aimed at Series A and C would be welcome. (Cautionary note: only the very best papers make it, so don’t be too disappointed if your paper does not make it past this stage). See the Guidelines for papers for discussion for more information.

Discussing: Proposer and seconder are invited roles. But anyone can have 5 minutes at a discussion meeting (time permitting) and 400 words in the journal; it is best to book a slot in advance if you know you would like to contribute in person. Written contributions (also 400 words) can also be sent up to two weeks after the meeting itself. If received before the meeting they may (time permitting) be read out. For details of meetings, look out for adverts in StatsLife mailings, go to the discussion meetings page of the RSS website, and/or email This email address is being protected from spambots. You need JavaScript enabled to view it. to be added to the mailing list to be notified about all discussion papers. And do take the opportunity to participate when you have expertise in the paper’s topic.

Watching: If you can’t make it to the meeting itself, a video will be added to the RSS’s YouTube channel, and live streaming of meetings was introduced in April 2020 in response to coronavirus restrictions.

The Guy medal in silver

The RSS has a number of awards, and the Guy medals are prominent among them. The Guy medal in Silver is unique among the awards in that it is for a paper read to the society at one of its discussion (ordinary) meetings. It was first awarded in 1893, before the modern format of discussion papers. In recent years most of the awards have cited methodological papers in Series B, but the Discussion Meetings Committee will now have a task to ensure that other papers are systematically considered.