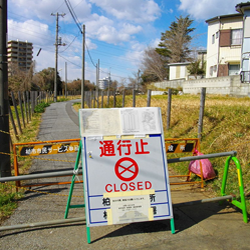 News from Japan is getting worse and worse. After an earthquake with a magnitude of 8.9 shook Japan on Friday afternoon, a tsunami swept the east coast of Honshu claiming thousands of lives. As a consequence of the combined effect of earthquake and tsunami, Fukushima Daiichi nuclear power plant lost off-site power supply and back-up diesel generators which compromised the power plant security. The disabling of the plant’s cooling system resulted in the breaking of the Unit 2 reactor containment, and explosions at both Units 1 and 3.
The lastest news informs us of another fire in the Unit 4 reactor and Unit 5 reactor vessel diminishing water level. Radioactivity has reached dangerous levels and the population 20-kilometres around the power plant, as well as most of its workers, have been evacuated. It is the worst nuclear accident since Chernobyl 25 years ago. 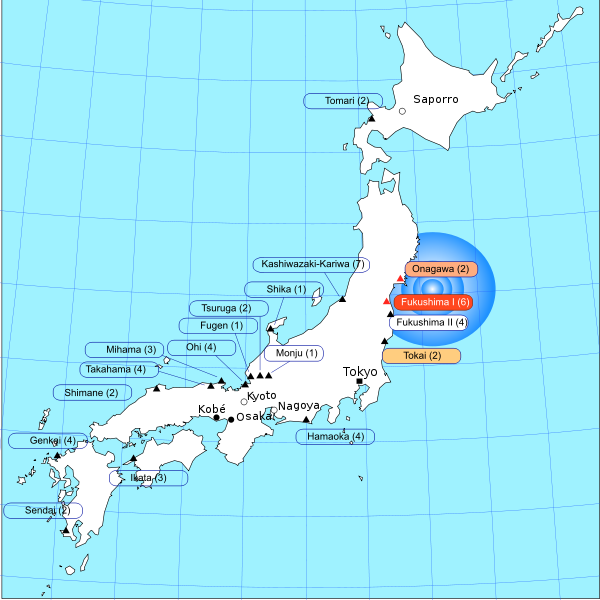 In the last few years debate on nuclear power has been quite lively. Increasing energy consumption and diminishing oil reserves are leading us to an energy crisis which, according to many voices, only nuclear power seems able to solve. In this debate great stress was made on the absolute security of nuclear power plants. A World Nuclear Association statement reads: “It was not until the late 1970s that detailed analyses and large-scale testing […] began to make clear that even the worst possible accident in a conventional western nuclear power plant or its fuel could not cause dramatic public harm. The industry still works hard to minimize the probability of a meltdown accident, but it is now clear that no-one need fear a potential public health catastrophe.” The recent, still evolving, disaster in Japan strongly contradicts this. What is the real risk of nuclear power plants?

The design of nuclear plants is subject to rigorous and strict risk assessments. All kind of events and problems are taken into account: component failures, earthquakes, tsunamis, terrorist attacks, airplane crashes, hurricanes… and even climate change and human errors. It is still soon to tell exactly what the problem with Fukushima Daiichi was and certainly detailed analysis will be made by experts when the crisis subsides in order to improve security in other power plants over the world. But we can make some considerations based on safety requirements. For example, the US Nuclear Regulatory Commission requires that the probability of core damage be at least 1 in 10,000 years, although modern designs have lower probabilities of core damage in one or two orders of magnitude. However, given the increasing number of nuclear reactors a probability of core damage of 1 in 10,000 years seems too high a requirement. Even if an individual reactor failure probability is very low, one might think almost impossible, if there are a great number of them the probability of one or more failing somewhere is higher and could become even likely. Just think that, with 443 reactors all over the world, accumulated reactor years of operation has reached approximately 10,000 years since Chernobyl.

Another question is that the calculated probabilities are not exact. On the one side, there are uncertainties in component failure rates, natural disaster probabilities, human error etc. On the other side, calculating the probabilities of all events or combinations of events that can lead to disaster in a nuclear power plant is impossible because of practical limitations (time, cost), which means that a 100% safe nuclear plant is impossible to obtain. In practice, most of the events and combinations of events considered highly unlikely are overseen because of their low probability. For such an approach to be sound we need to be sure that the accumulated probability of all those events, single or combined, of all the potentially dangerous circumstances left aside is low enough. Can we? The engineers of Fukushima Daiichi power plant designed the reactors to cope with an energy shortage of only 8 hours, assuming it was a sufficient recovery time. It wasn’t. Our knowledge of the physical world is not complete and we cannot calculate the probability of something we ignore or cannot imagine. The designers of the Fukushima nuclear power plant probably never imagined something like this could happen.