Can you name a female statistician? 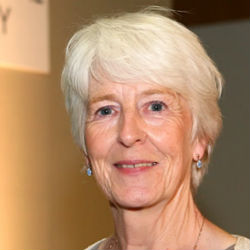 We read about statistics every day, be it the predicted winner of a football league, the association between the weather and mortality, or a newly discovered link between an inanimate object and cancer. Statistics are everywhere. And perhaps even more so this year, as 2013 has been hailed as the International Year of Statistics. Despite all this attention for numbers, we generally don't know a lot about the people hiding behind their computers churning them out. With media attention for people like Nate Silver and Hans Rosling, some are now able to name at least one statistician, but, stepping it up a level, could you name a female statistician?
Statistics is definitely not the only branch of STEM (Science, Technology, Engineering and Mathematics) subjects suffering from a lack of distinguished women. Just take a look at the list of Nobel Prize winners (44 out of 839 Laureates), Fellows of the Royal Society (currently 5%), or scientists on television. This is not due to a lack of women in statistics, there are many, and indeed the Royal Statistical Society’s president for 2011-2012 was Professor Valerie Isham. So with this being the year of statistics, I thought it might be the perfect timing to highlight some of the women who work(ed) in statistics.
Dr Janet Lane-Claypon: epidemiologic pioneer
Dr Lane-Claypon made quite a few important contributions to epidemiology by using and improving its use of statistics. Born in 1877 in Lincolnshire, she moved to London to study physiology at the London School of Medicine for Women (today part of UCL). She spent a few years there collecting an impressive list of titles: a BSc, DSc and MD, making her one of the first, irrespective of gender, Doctor-doctor's (having both a medical and research Dr's title). 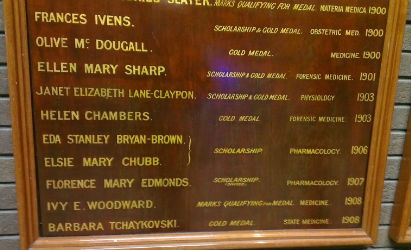 Dr Janet Layne-Claypon on a board with distinguished London School of Medicine for Women students (currently in the hall of the UCL medical school at the Royal Free Hospital). The scholarship she won mentioned on the board was the first ever MRC (British Medical Society at the time) scholarship awarded to a woman.
All very exciting of course, but what has she got to do with statistics? Her run-in with statistics started in 1912, when she published a Report to the Local Government Board upon the Available Data in Regard to the Value of Boiled Milk as a Food for Infants and Young Animals. It's an impressive report (available at the British Library, in case you'd like to leaf through it on a rainy Saturday afternoon), and the first of its kind. In it, Lane-Claypon compares the weights of infants fed on breast and cows' milk, to find out whether the type of milk had an effect on how fast babies grew. To answer this question, she used, for the very first time, a retrospective cohort study, description of confounding, and the t-test.
Before she started she study, Dr Lane-Claypon realised she would need a large number of healthy babies who had been fed cows' milk and a similar number of babies on breast milk. More importantly, she realised that in order to compare the two groups, she would need the babies to be "as far as possible" from the same social environments. She ended up travelling to Berlin, where babies from the working classes regularly attended Infant Consultations where their diet and weight was registered, resulting in the perfect dataset to answer her question.
This visit resulted in data on just over 500 infants making up the first retrospective cohort study (many others would follow, but not till some 30 years later), which was ready to be analysed. However, although all babies came from working class parents, Dr Lane-Claypon realised that their social environments could still be slightly different, leading to different rates of weight gain between the groups. She explains:
"It does not, however, necessarily follow that the difference of food has been the causative factor, and it becomes necessary to ask whether there can be any other factor at work which is producing the difference found. The social class of the children seemed a possible factor, and it was considered advisable to investigate the possible significance of any difference which existed between the social conditions of the homes."
Dr Lane-Claypon compared the wages from the fathers of the infants, for the first time taking confounding into account, and found that they looked the same for the two groups. Still not satisfied whether the difference she had found between breast and cows' milk fed children was real, she decided to use a new complicated technique that had been published 4 years earlier, but hadn't been used in epidemiology up till then: Student's t-test. Chances are that you've heard about this test, as it is now one of the most commonly used tests in any branch of science. Although it was developed to monitor the quality of stout by W.S. Gosset, Janet Lane-Claypon was the first to use it in medical statistics. 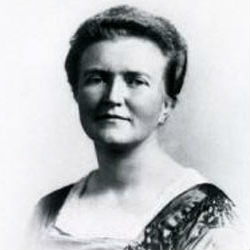 (Right): Dr Janet Lane-Claypon, leading the way for stats in medicine 100 years ago. Image by http://www.thefamouspeople.com/profiles/janet-lane-claypon-488.php.
Dr Lane-Claypon's pioneering didn't stop there. She went on to conduct the first ever case-control study in 1926, which possibly used the first ever questionnaire to gather health data (so think about her next time you see a pop-up window/email asking if you've got a few minutes to spare) on the causes of breast cancer. Her results were used by two other famous statisticians: Nathan Mantel and William Haenszel. They developed the Mantel-Haenszel test to adjust results for confounding. Her findings included most of the currently recognised risk factors for breast cancer. Dr Lane-Claypon continued to work till 1929, when she had to retire at 52 due to the silly reason that married women weren't allowed to work in the civil service.
Further reading
back to top