Bacon, cancer, and the vital importance of statistical reasoning

Written by David Spiegelhalter on 29 January 2016. 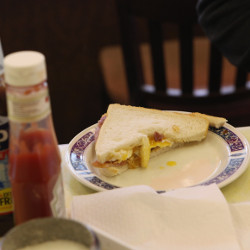 In September 2015, the World Health Organisation’s (WHO) International Agency for Research in Cancer (IARC) announced the finding of their expert group that processed meat was a ‘Group I carcinogen’, putting it in the same category as cigarettes and asbestos. Cue headlines such as "Bacon, ham and sausages have the same cancer risk as cigarettes warn experts".  The WHO had to try and sort out the subsequent confusion by pointing out that the ‘Group 1’ classification was about the confidence of an increased risk of cancer existing, and said nothing about the magnitude of the risk.

This appalling bit of science communication happens every time the IARC makes an announcement about carcinogenicity, but they never seem to learn. The silver lining on this communication cloud is that it created a wave of good discussion about risk communication, summarised by STATS.org, with Cancer Research UK’s infographic comparing the effects of smoking and eating bacon being particularly complemented.

The strange case of the bacon sandwich is just one more example of how statistics comes into everyday life. And as data keeps growing, both in volume and importance, the crucial importance of statistical reasoning becomes ever more apparent.

It is with this growing importance in mind that the American Statistical Association and CRC Press decided to launch a new joint book series: the ASA-CRC Series on Statistical Reasoning in Science and Society. I am delighted to be part of the editorial board of the series, alongside Nicholas Fisher, Nicholas Horton, Deborah Nolan, and Regina Nuzzo.

The idea is to communicate the vital role of statistical and probabilistic reasoning in as wide a range of areas as possible, including the media, science, health, society, politics, law, education, sports, finance, climate, and national security. Each book will be reasonably short and easy to read, with minimal technical material, but will demonstrate how statistical reasoning can really help in dealing with practical contemporary problems.

Whether in our professional or private life, we have to deal with statistical arguments being used by organisations or individuals with strong agendas. These organisations may, of course, present the statistics in a balanced and transparent way, genuinely seeking to allow us to make an informed opinion. But, on the other hand, they may be trying to manipulate us by presenting biased and highly selected fragments of evidence, framed in a way to favour their argument. Some training in statistical reasoning can help us distinguish these two approaches to evidence.

A classic case of framing statistics is the use of relative risks, which are well known to create an exaggerated impression of the importance of the risk: for example, IARC reported that 50g of processed meat was estimated to increase the risk of bowel cancer by 18%. Many reframed the message into a change in absolute risk and my little contribution got some coverage by the BBC and other media outlets. I used Cancer Research UK to argue that, in the normal run of things, around 6 in every 100 people would be expected to get bowel cancer in their lifetime. If all these 100 people ate a bacon sandwich every single day of their lives, then according to the IARC report we would expect that 18% more would get bowel cancer - which is a rise from 6 cases to ... 7 cases. So that's one extra case of bowel cancer in all those 100 lifetime bacon-eaters, which puts things into perspective.

If you feel you have a book inside you on an interesting topic, whether or not it features bacon sandwiches, please get in touch. Details can be found here.