Electoral bias in the UK after the general election After the shock result of the UK’s 2015 general election, one could forgive Labour and Conservative supporters for thinking that things could hardly get worse for the former party, or better for the latter. But the worst/best was, it turns out, yet to come. Hidden in the election results is a dramatic change, not just in the parties’ fortunes but also in how the very electoral system treats them. For Labour, things are worse than the election result itself might suggest, and for the Conservatives, the future is rosier.

Pollgate: hindsight is wonderful but it doesn’t answer what went wrong 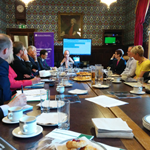 After the pre-election polls spectacularly failed to predict a Conservative majority, many are seriously asking why we should pay them any attention now. Their failure has shaken the public’s trust in numbers appearing in the media. Now Lord Foulkes, who was already displeased with the polls following the Scottish referendum, has resurrected his plan for a state-backed polling regulator.

How trustworthy are electronic voting systems in the US? 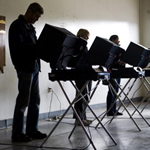 When you do your civic duty, and cast your vote for the various candidates and public propositions at an electronic voting machine, how confident are you that the results will be tabulated honestly?

If you feel less than sanguine about it and do a bit of the research to assuage your doubts, be prepared to feel even less confident afterwards. After years of casual research, the results I found have led me to file a lawsuit requesting access to the records needed to perform an audit myself.

How much did the polls vary from the general election result? 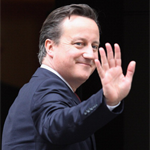 In the run up to polling day earlier this month, a large number of opinion polls were carried out, all aiming to estimate the public’s voting intention. The exact wording of the questions posed by polling companies varied, as did their approaches to weighting the responses, but in essence they all attempted to estimate the share of the vote each major party in Great Britain would receive at the general election.

Was anyone right about the pre-election polls? There has been much wailing and gnashing of blogs since the dismal performance of the pre-election polls. These had confidently and consistently predicted a rough tie in vote share between Labour and Conservative, but when the votes were counted the Conservatives had a 6.5% lead.