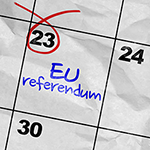 Should we stay or should we go? That is the question being put to voters on 23 June as the UK holds a referendum on its membership of the European Union. It is an important decision: voting to leave will bring about important changes to the economies of both the UK and the EU. Those in favour of ‘Brexit’ believe the outcome will be positive in the long term; those against fear the effects on whatever timescale. 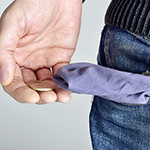 The introduction of a “National Living Wage (NLW)” at the beginning of this month marks the most significant moment in UK wages policy since the advent of the National Minimum Wage (NMW) in 1999. Looked at technically, the NLW is no more than a supplement to the NMW for over-25s, adding a further subdivision to existing rates for apprentices, under 18s, 18-20 year olds and over-21s. However, it is a different animal to the NMW both in its ambitions and in the basis for setting the rate.

Yes, the polls were wrong. But it is time we understood their limitations “General election polls in 2015 ‘the most inaccurate’,” said the BBC. “Polling shake-up planned after inquiry into general election debacle unearths flaws,” read the LocalGov website. Meanwhile, Bloomberg weighed in with “Polls often wrong but you're stuck with them”. 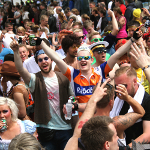 Denmark reclaimed its place as the happiest country in the world, according to the latest annual World Happiness Report. Switzerland, Iceland, Norway and Finland followed in quick succession at the top, while Benin, Afghanistan, Togo, Syria and Burundi languished at the bottom. 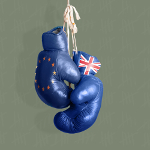 On 23 June, the United Kingdom will vote on whether to remain a member of the European Union, or leave. Many politicians have already declared which side of the argument they are on, but what about the rest of the country? Polls, such as YouGov’s, suggest opinions are split: 37% say they want to remain, 38% want to leave, and 25% either don’t know or won’t vote. But it’s a bit too early to make any predictions for how the vote might shake out. As YouGov’s own website notes, referendum polling this far out tends to be “a poor guide”.