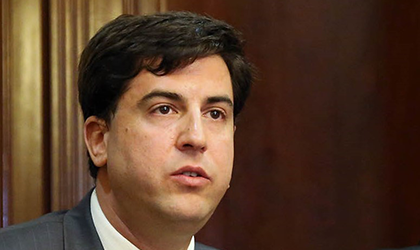 Plans to dismantle Puerto Rico’s Institute of Statistics (PRIS) have been altered at the 11th hour, meaning the agency will continue as an independently controlled, government funded entity – at least for the time being.

Puerto Rico’s legislators met over the weekend to agree a final version of a bill that would allow Governor Ricardo Rosselló’s reorganisation plan to proceed. However, changes affecting PRIS were struck from the approved version.

In its original form, Rosselló’s plan called for PRIS to be dismantled as an independent entity. It would instead become part of the government’s Department of Economic Development, and its statistical work would then be outsourced, presumably to the private sector.

The version of the bill that was approved this weekend no longer includes these changes to PRIS, though it does state that “this Legislature has determined to address issues related to the Institute of Statistics in a subsequent legislation” – meaning the plans may be revisited at some point.

After learning of the revisions to the bill, PRIS executive director Mario Marazzi (pictured) issued a statement thanking the House and Senate for accepting the recommendation that PRIS remain “an autonomous entity of the Government of Puerto Rico”. That recommendation was also made by the American Statistical Association, the Royal Statistical Society and 45 other scientific organisations, who put their names to a letter calling on Rosselló to keep PRIS, and its board of directors, fully independent.

Marazzi said: “We reiterate that we are ready to hold an open dialogue regarding the future of PRIS, its role within the Government of Puerto Rico and our society in order to allow us to continue working to ensure that the data collection and statistics, on which public policies are based, are comprehensive, reliable, timely and universally accessible.”