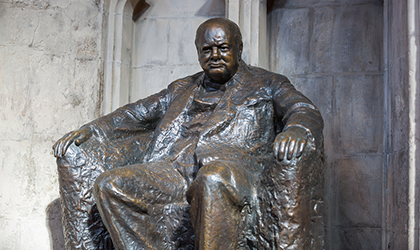 Rick Wicklin, over at The DO Loop blog, published an interesting graph showing the ages of US Presidents at the beginning and end of their terms, from George Washington to the current occupant of the White House.1 Inspired by his analysis, we extracted data2 from Wikipedia on ages of the Prime Ministers (PMs) of the UK – from Robert Walpole in 1721, regarded as the first PM, to the incumbent, Theresa May.

One of the main differences between the US and the British political system is that the former uses fixed terms of four years, with no President serving more than two terms,3 while in Britain a PM could, in principle, continue indefinitely – assuming they are re-elected at each general election and avoid being removed as leader, either by their party or the monarch, in the period of up to five years between elections.

Table 1 shows summary statistics of the ages of UK PMs at the beginning of their first term and at the end of their final term, as well as the time that elapses between their first appointment as PM and their ultimate departure from office, including any out-of-office breaks.4

Second, three records which may be broken in due course:

The distributions of ages at the start and end of Premiership and at death all seem to be approximately normal (except for Pitt the Younger’s very early age), and despite outliers like FitzRoy, the distribution of years lived after leaving office is bimodal, with increased values for PMs who lived in any part of the 20th and 21st centuries.

We analysed the time-related patterns of age at first term and age at death for PMs, as shown in the Lexis diagram in Figure 1. Note that we refer to PMs using their name and surname rather than their title, and that we have coloured the lines by party, and marked survival. Since we are only interested in describing natural trends in the data rather than in a modelling exercise, we fitted loess-based smoothers to these two outcomes; they are shown as black lines, continuous for age at death and dashed for age at start of first Premiership. We used functions from the R package ggplot2 to produce Figure 1. Note that the smoother for age at death excludes PMs who are alive at the time of writing. 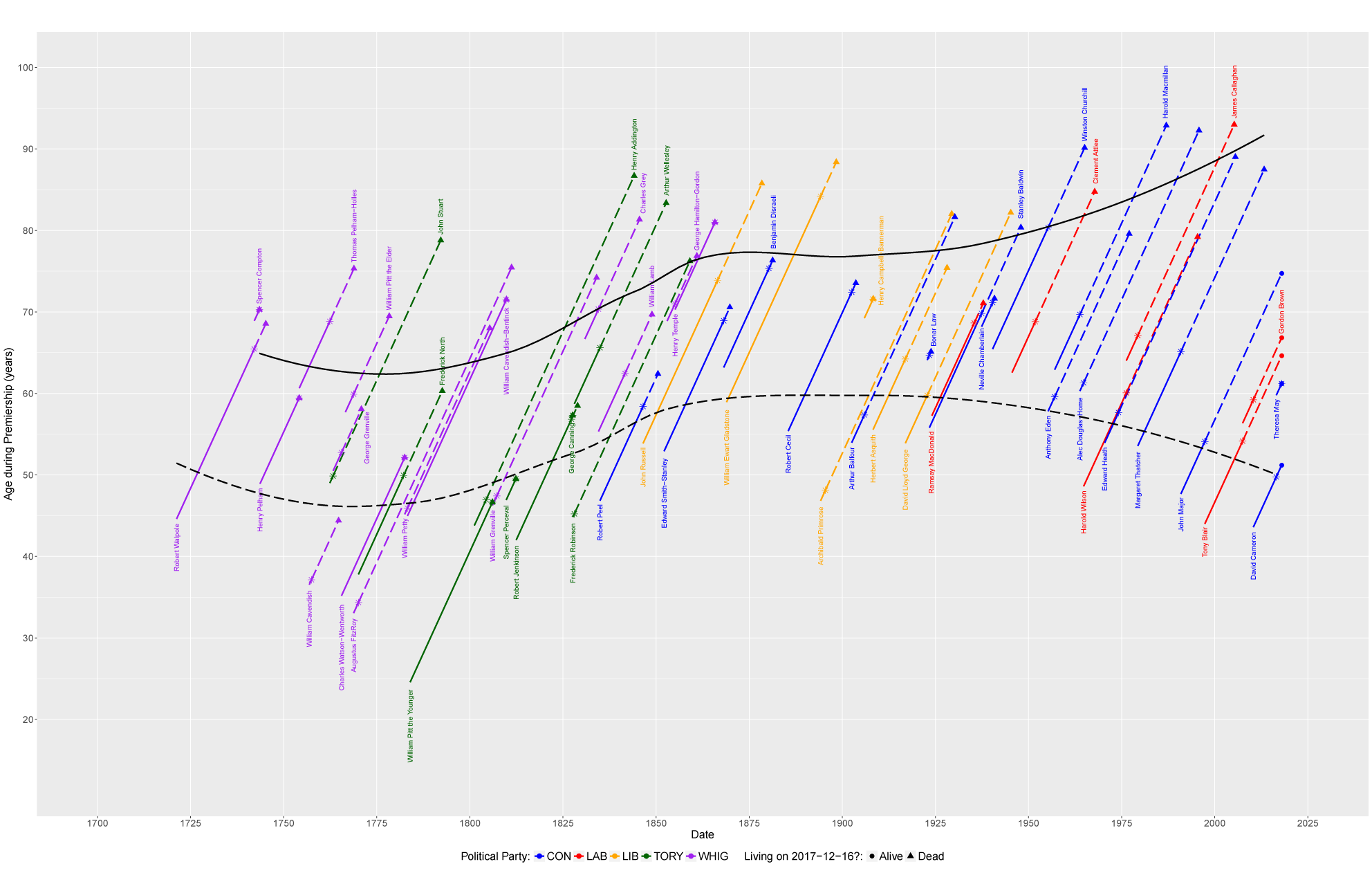 FIGURE 1 Time-related ages at the beginning of first term as PM and at death. Colours indicate political party. The solid portion of each coloured line is the period of Premiership (including breaks). A star (*) is used to indicate when an individual stops being PM, after which a dashed line shows the remainder of their life, terminating in a triangle for those who are now deceased, and a circle for those who were still alive at the time of analysis (16 December 2017). Loess-based smoothers are shown as black lines, continuous for age at death and dashed for age at start of first Premiership. (Click image for full-size version.)

The ages at the start of Premiership can be described in four epochs:

We have presented a brief example of how analysing historical datasets can provide interesting insights into long-term political processes. The database, and the code to generate Table 1 and the Lexis diagram in Figure 1, can be seen here.

Apart from the above-mentioned blog by Rick Wicklin, a more complex study also including Lexis diagrams and a Bayesian survival analysis of Roman Catholic Popes is presented in the paper by Stander, Dalla Valle and Cortina-Borja (2017).8

Mario Cortina Borja is chairman of the Significance editorial board, and professor of biostatistics in the Population Policy and Practice Programme, Great Ormond Street Institute of Child Health, University College London. Julian Stander is associate professor (reader) in mathematics and statistics in the School of Computing, Electronics and Mathematics, Plymouth University.