How powerful are the Eurosceptics now? 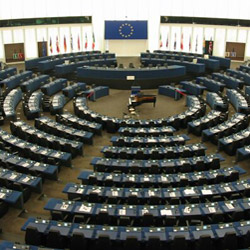 The coverage of the European elections in UK verged on becoming hysterical at the thought of the European Union on the edge of imminent implosion. Viewed from Britain, this has some basis in the rise of UKIP and the reaction of the Conservative Party to this rival force on its right flank. But this election took place in 27 other countries too, so are the Eurosceptics marching on Brussels?

Well not really is the answer. If they are marching on Brussels they are probably bumping into each other and squabbling the entire way. Looking at the election results, there is no clear pattern emerging as to why the electorate in some nations are opting for Eurosceptic parties.

The table below shows which countries have sent the most Eurosceptic1 MEP’s to the European Parliament this May. The spectrum of political viewpoints encompasses both soft and hard Eurosceptic parties, from both left and right wings.

At the top of the table, Hungary and the UK come out on top because both of their incumbent political parties could now be described as Eurosceptic, in addition to the right wing insurgencies they are both competing with in their respective countries.

Hungary’s nationalist Fidesz party has been at odds with the EU over the introduction of a new constitution last year that was criticized by European institutions. Further to the right of Fidesz is the Jobbik party which took three of Hungary’s seats.

It’s a similar story in the UK where the Conservative Party have promised to hold an in/out referendum on EU membership, despite this the UK Independence Party almost doubled their seats in this election. The reason why the UK and Hungary find themselves at the top are purely nationalist reasons specific to those countries. France appears on the list for this very reason after the Front National went from three seats to now holding 24.

The countries most affected by the faltering European project would be those struggling economicaly on the Eurozone periphery. The Greek Eurosceptic left wing parties have done well in the elections and the openly fascist Golden Dawn also gained seats. However, Greece has taken some of the most punishing economic pain on the continent so this discontent is not unexpected.

Similar levels of protest votes at the EU have not materialised in the other nations on the periphery. Sinn Féin had a good election in Ireland but they are on the softer end of Eurosceptisicm. Portugal also did not vote in any great numbers to disrupt the European project.

Most interestingly, Spain has elected no Eurosceptics despite their economic crisis and a stubbornly high unemployment rate. Most of Italy's Eurosceptic seats came from the Five-Star movement inspired by Beppe Grillo, but they still only took 17 out of a possible 73 seats. So is it all just dust kicked up by the media to make a consistently dour election more interesting?

Looking at voter turnout, these results actually point more to Euro-apathy than scepticism. Take the UK and France where both countries saw right-wing parties eat into the traditional vote. Both UKIP and Front National mobilised enough votes out of the 36% who voted in the UK and the 43% who voted in France to make their gains. Some nations electorates managed to drum up more enthusiasm than others, Greece and Italy both managed to get nearly a 60% turnout.

The evidence suggests that most people just aren't that concerened with the EU. In the UK for example, for all the talk of reform in Europe, the issue barely ever gets more than 20% of people listing it one of the three main issues facing the country today. The high proportion of people choosing immigration as an issue they are concerned about says a lot more about why nationalist parties have been successful.

So this election did not deliver an ‘earthquake’, Europe has major problems but the balance of power is still unchanged. Evidenced by the fact that the European People's Party, the largest grouping in the EU Parliament are able have their way and install Brussels veteran Jean Claude Juncker as European Commission President. The real sea change may come if a Eurosceptic party wins upcoming general elections in France or the UK.