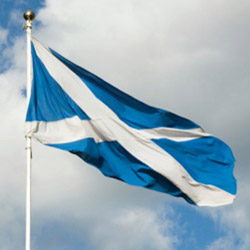 Last Tuesday YouGov, hitherto a company that had painted a pessimistic picture of the Yes side’s prospects of winning on September 18, generated considerable excitement by publishing a poll that showed an eight point swing from No to Yes in just a month. Yesterday they went one better by being the first company in the referendum campaign to put the Yes side ahead in an independently commissioned poll.

In this latest poll, conducted for The Sunday Times, Yes are on 47%, No on 45%. That represents a five point increase in Yes support since YouGov’s previous poll (conducted less than a week ago) while No are down three. Once the Don’t Knows are excluded, Yes are on 51%, No 49%, representing a four point swing on the previous poll, and no less than a 12 point swing on the one a month ago.

However, in a poll conducted for the Yes Scotland campaign itself, Panelbase, hitherto the company that consistently produced the most optimistic picture for Yes, paint a very different picture of what has happened in recent weeks. Yes are estimated to be on 44%, still somewhat behind No on 48%. Both figures are up two points on Panelbase’s previous poll conducted in the middle of August. Once undecideds are excluded the figures are unchanged with Yes on 48% and No on 52%. In short, according to Panelbase there has been little or no movement in the last two or three weeks at all.

Not that the Panelbase poll is a bad result for the Yes side. The 48% tally in the company’s previous poll, replicated yesterday, did equal Panelbase’s all-time high for Yes, albeit that the tally first touched that level as long ago as June. It is consistent with YouGov’s current estimate in that both polls are effectively saying that the race is now too close to call. But Panelbase’s failure to replicate anything like the dramatic swing to Yes registered by YouGov means that some caution is in order before we assume that a swing on anything like the scale suggested by YouGov has actually happened.

Still, between them these two polls mean that our poll of polls, based on the average of the six most recently conducted polls, now stands at Yes 47%, No 53%. This represents the smallest No lead in the campaign so far. It does though come with a health warning - rather than being based on the results of a variety of different companies it includes no less than three polls from YouGov and two from Panelbase. Still we might note that the other poll included in the most recent six - from Survation - also put the Yes side at an equal record high. There is thus good reason to believe that the Yes side’s position is now stronger than it has ever been previously during the campaign, even if we might still wonder exactly how strong it is. But all eyes will now be on the latest TNS BMRB poll, expected later this week, to see whether, as another of the pollsters that has hitherto painted a relatively pessimistic picture for the Yes side, it has also detected a marked movement to Yes.

Yesterday’s polls not only disagree on whether or not there has been a swing to Yes but also paints a different picture of the gender gap. Panelbase report that the gap has now effectively disappeared. Once Don’t Knows are excluded support for independence amongst women is put at 47%, just one point behind the equivalent figure for men. In contrast, YouGov suggest the gender gap persists, with 55% of men and just 47% of women backing the idea. At 14 points the increase in support for independence amongst women since the beginning of August is only a little higher than the 10 point increase amongst men.  Panelbase’s figures may thus be a product of the random fluctuation to which all polls are subject rather than evidence of any real erosion of the gender gap.

One thing on which the two polls do agree is that around one in three of those who voted Labour in 2011 say they will vote Yes. Panelbase put the figure at 32%, YouGov at 35%. However, in Panelbase’s case this picture is not new. It put the figure at 34%, for example, back in June. Only YouGov suggest the figure has increased markedly (from 18% at the beginning of August, a figure lower than that in other polls conducted at around the same time).

Still, in so far as the No side do now find themselves in a much tighter race than it did just a few short weeks ago, one does not need to look far in YouGov’s poll to see a possible explanation. While the No side have emphasised a largely negative argument about the currency that voters have come increasingly to disbelieve, the Yes side are thought to be painting a positive picture of Scotland’s future, not least on the vital issue of Scotland’s economy.

More voters than ever - 51% - now say that the No side is bluffing when it claims that the rest of the UK would not allow Scotland to share the pound in a monetary union. This figure is now 12 points higher than it was after the initial currency intervention in February. This decline in the credibility of the No campaign in voters’ eyes is also replicated by the finding that rather more voters (46%) now think the Yes campaign is honest than say the same of the No campaign (40%), a reversal of the position when the question was first asked in June.

Meanwhile, while the No campaign has run into a cul de sac on the currency issue, the Yes side have been able to make progress in persuading people of the economic case in favour of independence. The proportion who think that Scotland would be better off under independence has risen to a new record high of 40%, just two points below the proportion who think it would be worse off. Winning the economic argument has always been the key to winning the referendum, and on this evidence at least Yes are now closer to doing so than at any time during the campaign.

At the same time according to YouGov, the Yes campaign is increasingly seen as effective and positive, No as ineffective and negative. As many as 60% now think the Yes campaign has been mainly positive, up from 47% in June. In contrast, the No campaign, which has long been regarded as rather negative, is now described in that way by 60%, up from 52% in June. But more tellingly, perhaps, no less than 67% feel that the Yes campaign has done a good job of making the positive case for an independent Scotland, while only 36% think Better Together has done a good job of painting the positive case for remaining in the UK. It may be that some voters are finding the prospect of voting for positive and well-presented vision of their country’s future as more attractive than the negative mood coming from the No camp.

In any event, according to yesterday’s Observer, the No side propose to respond to the adverse movement in YouGov’s polls by proposing a new convention that would develop plans for more devolution. But this may not get to the heart of the No side’s current difficulties. YouGov’s poll shows that those who want more devolution while remaining part of the UK (some 36% of all Scots) are still overwhelmingly inclined to vote No - by almost five to one. The real problem is that the proportion whose first preference is independence rather than more devolution or the status quo has increased from 31% in March to 42% now. The No side do not simply have to prove that they will deliver more devolution, but persuade voters that more devolution is actually a more attractive prospect than the one now being put before them by the Yes campaign.

This article first appeared on the What Scotland Thinks website.