Ask a statistician: What are the chances of World War III?

In the second instalment of our new 'Ask A Statistician' column, Peter McIntyre, a pharmaceutical worker from Essex asks: "The twentieth century witnessed two of the bloodiest conflicts in human history, so what are the chances that World War III will occur this century?" 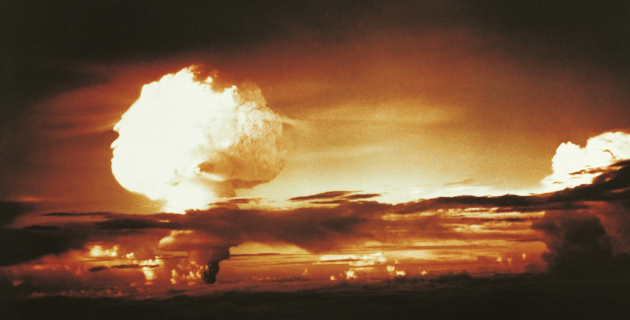 Professor Michael Spagat, head of the Department of Economics, Royal Holloway University of London, writes: The short and honest answer is that nobody knows. Yet we can still make some useful observations to guide our thinking on your crucial but slippery question.

Before starting, I just want to note that, for two reasons, I will not offer a numerical probability estimate. First, there is evidence that people anchor excessively on numbers, even obviously arbitrary ones. So I would rather not lock people into what would, at best, be an informed wild guess.

Second, people are bad at interpreting very small risks, tending either to ignore them entirely or to drastically overreact. Even Nobel laureate Daniel Kahneman, a guru on this subject, confesses in Chapter 30 of his wonderful book, Thinking, Fast and Slow, that he avoided driving next to buses in Jerusalem to evade the trivial probability of a bus bomb – a probability that was dwarfed by the chance of a lethal traffic accident.

Now, to the question itself. World War II was, very likely, the most lethal war ever and World War I does not rank far behind. However, there have been perhaps ten wars over the centuries that have caused more deaths relative to global population than even World War II did. In fact, there have been dozens of wars over the last two millennia that have killed off more than 0.1% of the global population at the time they were fought. This percentage would translate into around 7 million deaths in a contemporary war.

Pasquale Cirillo and Nassim Nicholas Taleb have built a statistical model of the processes that generate such huge wars. I gave a simple summary of their highly technical paper1 in an article for STATS.org. The bottom line is straightforward: in light of our sad human history, only a fool would rule out the possibility that we will immolate ourselves one more time.

Yet there is some surprisingly good news delivered to us brilliantly by Steven Pinker in his book, The Better Angels of our Nature. The world has enjoyed a long-term decline in the number of battle deaths,2 as well as decreases across an impressively broad array of violence indicators including homicides, lynchings, and the prevalence of slavery and the death penalty. More pertinently, it is hard to imagine a world war without great powers fighting one another, but great-power wars have nearly evaporated from the world scene. To be sure, war violence has spiked recently in Syria and Iraq, but events there do not remotely resemble a world war in either size or scope. So long-term trends make me think that the Cirillo–Taleb vision of a world perpetually doomed to repeat its worst follies is an overly pessimistic one.

On the third hand (I’m an economist), modern technologies like nuclear weapons can, potentially, empower violent groups far beyond what has been possible throughout most of human history. However, the political scientist John Mueller argues persuasively that such threats are manageable as long as we keep our hands away from the panic button.

So we circle back to the same answer but, hopefully, from a more sophisticated perspective than our starting point. If the future world resembles most of human history then we probably will suffer another really huge war. Yet there are good reasons to think that humans can make and are making a better future for themselves despite the development of super-powerful weapons. Thus, a really huge war is possible but, in my view, extremely unlikely.

What is 'Ask a statistician'?

A new regular column appearing in print and online in which we invite statisticians to answer burning questions put to them by members of the public. Our next question is:

In order for McDonald’s to attain its projected sales growth, how many extra calories would each person in the UK and the USA have to consume?