The frequency of "America" in Trump's inaugural address

In “The frequency of 'America' in America” - from the October 2016 issue of Significance - we considered the increasing frequency with which the words “America” and “American” have been spoken and written by the first 44 presidents of the United States, specifically during their State of the Union (SOTU) addresses. President Obama ended his tenure with over 1.0% of all SOTU words spoken being “America” or “American”. The analysis showed that, over the lifespan of the United States, there has been a steady and exponential increase in the usage of these words, and we predicted that the next president would achieve a frequency of "America" of between 1.0% and 1.5%.

But as in so many other aspects of his life, candidacy, and burgeoning presidency, President Donald J. Trump has defied expectations by achieving an astonishing “America” frequency of 2.37% during his inaugural address. Thus, approximately one out of every 42 words spoken by President Trump during his 17-minute speech was “America”. Furthermore, Trump has even surpassed our farcical Langston-Hughes-threshold of 2.35%, referring to the frequency of “America” in Hughes’ poem “Let America be America Again”. Assuming the exponential growth predicted by previous presidents continues, this feat was originally expected to be accomplished by the 54th president of the United States.

Of course, Trump's speech was an inaugural, rather than a SOTU address - and he is not the first president to speak frequently of America upon inauguration. His closest rival in raw frequency is President Clinton who achieved 1.7% across his two inaugurations.

The corpus of inaugural addresses is significantly less verbose than the speeches and writings that comprise the SOTU data. This corpus is comprised of approximately 135,000 words spread across the now 40 presidents who have had the honour to give one; five presidents took office after the death or resignation of his predecessor, were not subsequently reelected, and hence, did not deliver an inaugural address. 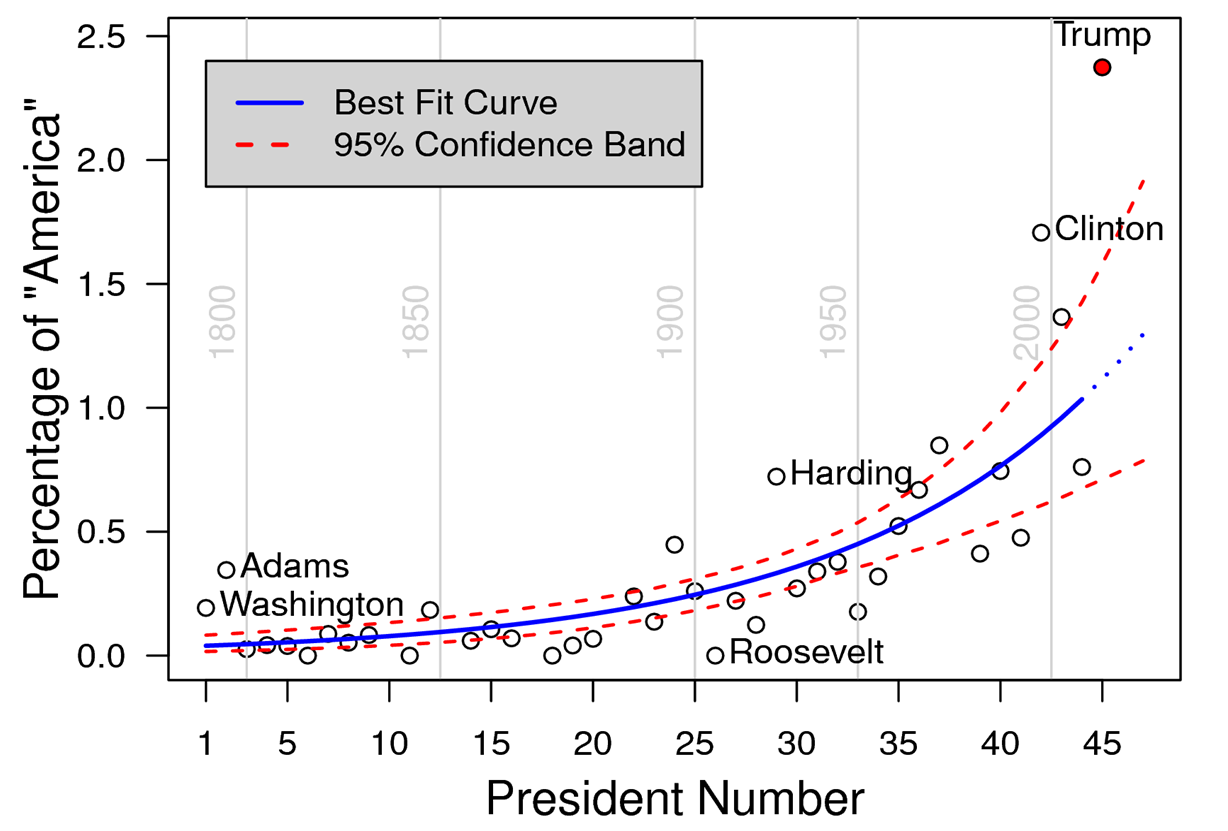 Figure 1. Plot of the data, the logistic regression (blue), and the 95% confidence bands

Our parameter b, referring to the rate of increase in the usage of the word “America” from one president to the next, was estimated from the SOTU data to be b̂ = 0.081 with 95% confidence interval [0.067, 0.096]. The new rate parameter from the inaugural data is the similar b̂ = 0.076 with a slightly wider 95% confidence interval [0.054, 0.100] due to the smaller size of the corpus. Plotting the standardized residuals, as seen in Figure 2, puts Trump on the cusp of the 95% confidence threshold with only one other president surpassing his usage of “America”. That president is the Federalist John Adams who frequently said “America” before it became commonplace for presidents to do so. 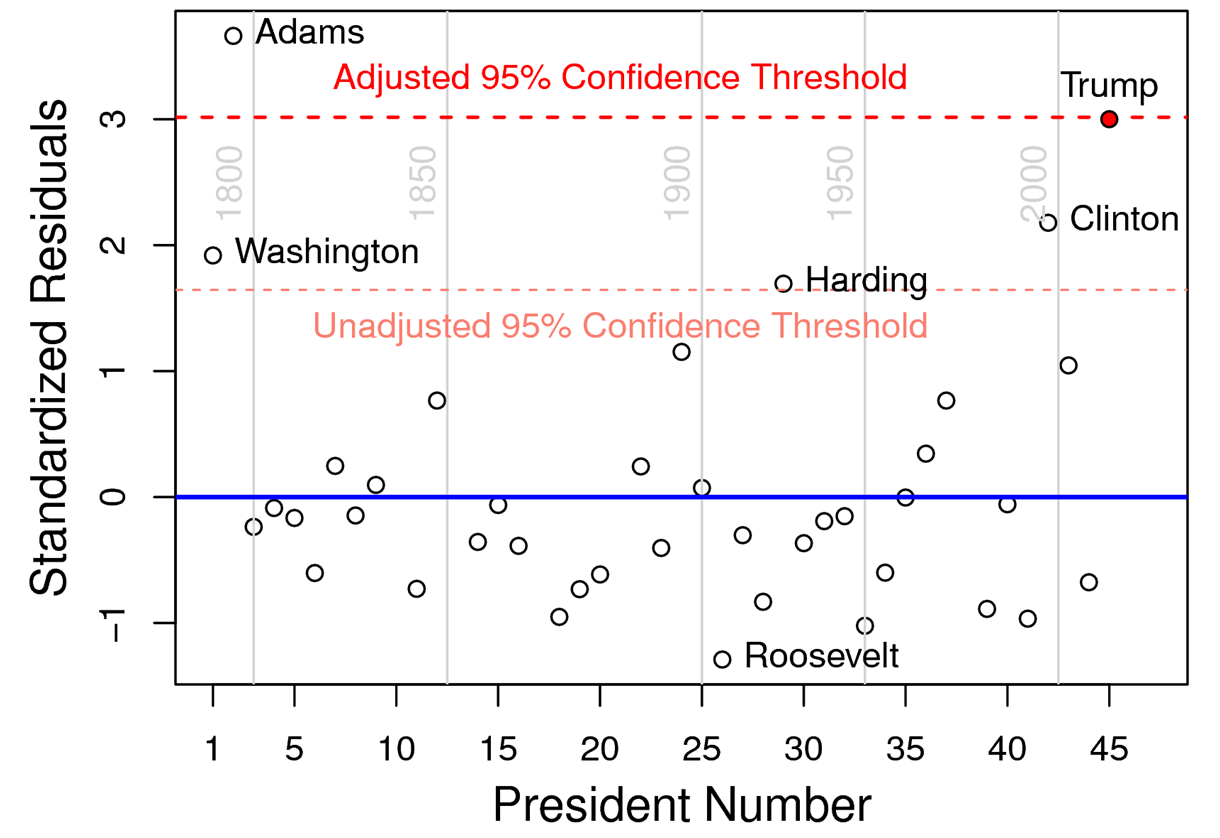 Figure 2. A plot of the standardized residuals with unadjusted and Bonferroni corrected 95% confidence thresholds

It is hard to imagine too much kinship between such disparate politicians, especially with current news reports of President Trump’s foreign interests. Indeed, Adams was acutely worried about the young nation and, in his own inaugural address, warned of foreign powers influencing government “by flattery or menaces, by fraud or violence, by terror, intrigue, or venality”.

Ultimately, whether you are disillusioned or delighted with the election, whether the future brings American greatness or American carnage, and whether or not Donald Trump will continue to invoke “America” in his speeches, we can all revel in the rhetoric of John Adams for “what other form of government, indeed, can so well deserve our esteem and love?” 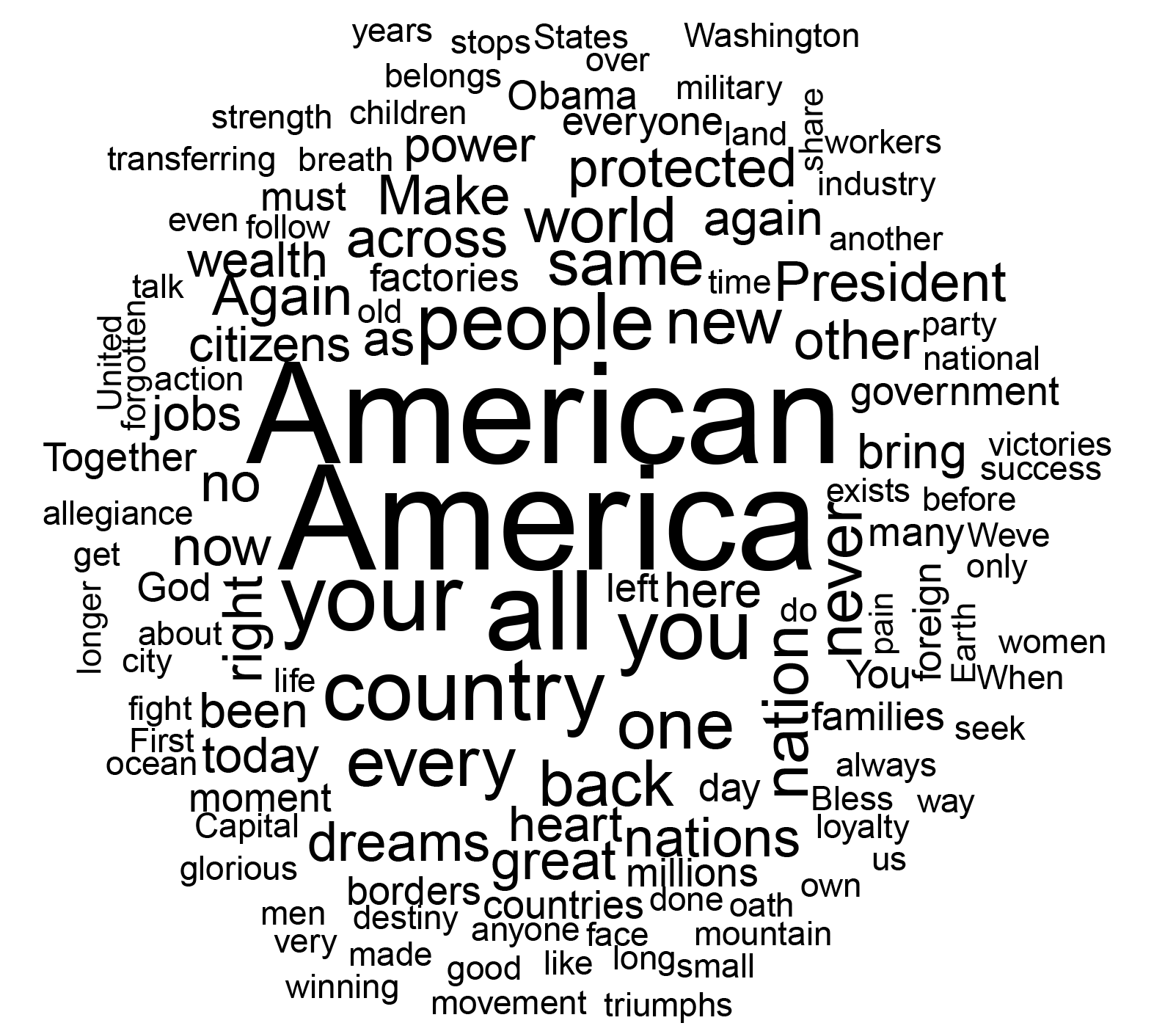