How Netflix is going beyond five stars

Written by Stephanie Kovalchik on 10 January 2014. 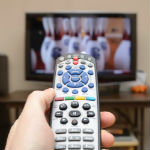 Awards season is in full swing and one of the biggest parties of the red carpet cycle will take place on Sunday, when the 71st Golden Globes ceremony airs on NBC. Whoever goes home a winner, there are bound to be some viewers who will say that the 'best' work or artist of the year was robbed. Taste is nothing if not idiosyncratic and with 2013 widely regarded as one of the strongest years in TV and cinema, divergence of opinion is sure to be pervasive.


As video streaming has grown, more and more media moguls are trying to crack the code of personal preference in entertainment. Studio heads still want to know what is going to be a blockbuster with the mass of moviegoers. But, in the 21st century, predicting what each individual likes has become a growing concern. Driven by the aims of execs at online on-demand media companies like Netflix, Vudu, and Hulu, to provide increasingly tailored entertainment delivery.

Every noise at once: using big data to explore new music 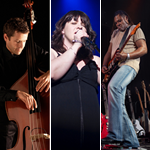 At The Echo Nest we collect pretty much every bit of data about music we can find. We crawl millions of web pages about music every day, we keep track of the listening habits of millions of streaming-music-service users and we analyze the actual audio of hundreds of millions of songs by millions of artists. Then we try to make some sense of it all.


One of the many ways we try to organize all this information is by genre. We want to know what kinds of music there are in the world, which artists are making which kinds and how the genres relate to each other. Sometimes this is useful in itself (want to hear some Finnish hip hop? we can do that). Sometimes it's a way of cross-checking other data (if we think somebody is making Finnish hip hop, but we think they are from Thailand and were active from 1952 to 1961, at least one of those things is probably wrong.) 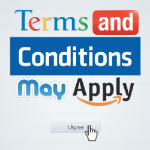 I overheard a conversation with a man representing a Silicon Valley company the other day. He was bragging about how they apparently had millions of phone conversations recorded. This bounty was the outcome of the allegedly 'free' service they had been providing. A vast trove of data, perhaps waiting to be merged with more data, or sold to a company that figures out how to monetize it. And those people using the service, lets call them ‘data mines’, these ‘data mines’ had received something without understanding the cost.

In my film Terms and Conditions May Apply, I show how companies have used contracts of adhesion to legally sweep up as much data as possible without meaningful consent. There is a notion that companies have a right to any data they can accrue, no matter how personal, no matter if the person surrendering the information is even aware it’s happening.

Written by Stephanie Kovalchik on 14 November 2013. 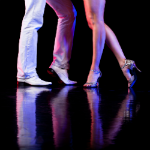 On October 14, Christina Milian stood under the spotlight with the threat of elimination during that weeks edition of Dancing with the Stars, ABC’s popular dance competition that is now in its 17th season, she was the picture of assurance. The former media correspondent for The Voice, that other mega hit talent competition broadcast by NBC, and her professional partner, 13-season veteran, and 2-time winner Mark Ballas ended up at the top of the judges’ leaderboard, thanks to a sensational cha-cha tribute to strong single moms that earned them a 28 out of 30 possible points and the first 10 of the season. 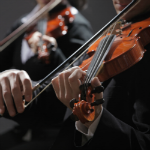