A man who did not win a Pulitzer Prize 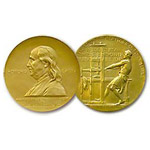 Last year I wrote here how people preferred a musical record to … itself. The discussion that followed helped to uncover another interesting story.

Is pop music eating itself? 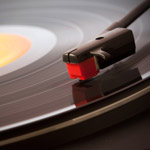 Tomorrow is Record Store Day, the day when independent music stores celebrate the concept of an actual shop selling and playing vinyl records. It was conceived in 2007 as a nostalgic recognition of the way we used to consume music and since then, it has enjoyed incredible success.

Malevich in London – but is this art? 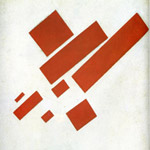 Statistics has a much smaller exposure to art than mathematics. The modern era has lost the renaissance’s passion for knowledge as a whole, which was manifested in, for example, Piero della Francesca’s (1415-1492) studies of perspective. M.C. Escher (1898-1972) is a marginal case: fascinating to mathematicians yet — surely not coincidentally — egregiously sneered at by others. 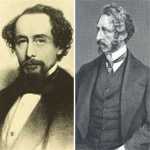 F. Scott Fitzgerald wrote, 'Let me tell you about the very rich. They are different from you and me.' On this Ernest Hemingway commented, 'Yes, they have more money.' Are the very famous writers different from the obscure ones? 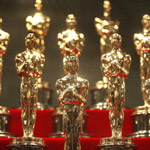 Another year brings another academy awards spectacle our way on Sunday March 2. The Oscar remains the film industry’s biggest prize, all the other awards pale in comparison to the lure of the golden statuette. For the nominees, winning is the ultimate in career recognition. But for me as a film fan, who wins and who loses has never had much riding on it, apart from financially, but more on that later.