A scientific evaluation of Charles Dickens 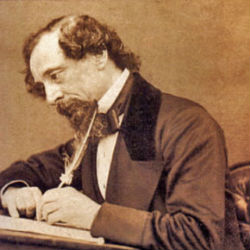 Previously I discussed1 my experiment that tested whether people can tell the masterpieces of abstract art from anyone’s doodles. People could hardly see any difference. But is this peculiar to modern art? Alas, it is not. Here, I show that the same thing happens with classical literature.
Edward Bulwer-Lytton is mostly known for the wretched-writing contest established in his honor. In contrast, Charles Dickens is known to all schoolchildren who are required to read his books to master the English language. Can one tell the difference between their prose?
To check this I put online my ‘Great prose or not?’ test. It consists of a dozen of representative literary passages, written either by Bulwer-Lytton or by Dickens. The takers are to choose the author of each quote. I published the detailed analysis of the test results in this paper.2 Here I am giving the highlights.
Figure 1 shows the distribution of the scores received by over nine thousands quiz-takers. The average score is 5.78 or 48.2% correct. Our quiz-takers lost to a monkey. 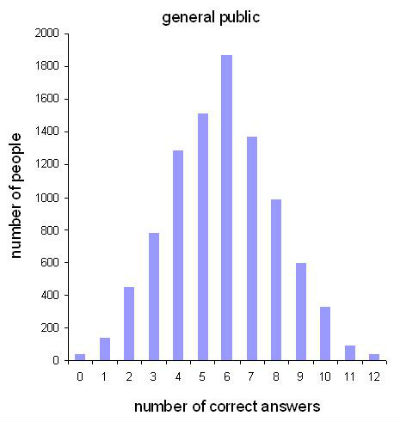 Figure 1. The histogram of the scores earned by 9,461 people on the 'Great prose or not?' quiz. The average score is 5.78 or 48% correct. The standard error of this average is 0.022 or 0.19%.
But could our takers fail the quiz because they don’t know English? To check this I selected a subset of scores, received by people coming from American, British, Australian, and New Zealand universities. The average score of 602 such people is 5.76 or 48.0% correct. The standard error of this average is 0.095 or 0.8%.
But, perhaps, just knowing English is not enough? May be the beauty of Dickens’ prose is so far beyond the apprehensions of the vulgar that only the most cultured people can appreciate it? To check this I selected a subset of scores, earned by people coming from elite universities (Ivy League and Oxbridge). The average score received by the 76 of the chosen is 6 or 50% correct. The elite won over crowd by the whole 2%. However, this difference is statistically insignificant. Due to the small size of the elite sample the standard error of the average elite score is 2.6%.
I conclude that the quality of Dickens’ prose is about the same as of that of Bulwer-Lytton.
Of course, the method, which I used in this study, has flaws. The quality of a novel depends not just on its prose style, but also on its plot and characters. The method compares only prose styles. Note, however, that the Bulwer-Lytton quotation, used as an epigraph for the wretched-writing contest is just as long as those used in the quiz. At the very least, the results of the quiz show that the contest could well be named after Dickens. In addition, in a related experiment, publishers had rejected Booker prize-winning novels submitted as works by aspiring authors.3 The publishers got the whole chapters of the books, not just paragraphs, but still failed to spot great prose.
References
back to top