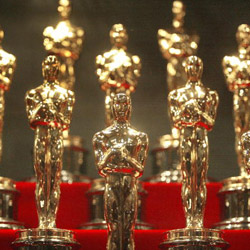 Another year brings another academy awards spectacle our way on Sunday March 2. The Oscar remains the film industry’s biggest prize, all the other awards pale in comparison to the lure of the golden statuette. For the nominees, winning is the ultimate in career recognition. But for me as a film fan, who wins and who loses has never had much riding on it, apart from financially, but more on that later.


That was until this year when I saw 12 Years a Slave, the critically acclaimed slavery era adaptation of Solomon Northup’s harrowing story. It is a rare masterpiece that really does deserve to win every major prize among its nine nominations.

So with my new found favourite in race, how likely is it that 12 Years a Slave will sweep the boards? The best guide was outlined by Iain Pardoe in an issue of Significance back in 2007. His statistical model mainly looked at the total number of Oscar nominations and the winners from the slew of red carpet events that mark the run up to the Academy Awards.

In total, American Hustle and Gravity have ten Oscar nominations, closely followed by 12 Years a Slave with nine. So based on this data it is fairly safe to say that Best Picture and Best Director will go to one of these three. It's also worth bearing in mind that a science fiction film has never won Best Picture, so Gravity could be at a disadvantage, meaning 12 Years a Slave has a good chance of taking the prize.

Steve McQueen’s direction in 12 Years a Slave is executed superbly and is a masterclass in how to tell a gripping story on screen. But, as Iain Pardoe’s model says, the Director with more previous Oscar nominations has the increased chance of taking Best Director. David O. Russel (American Hustle) is a popular man in academy circles, holding previous form with his films The Fighter and last year’s Silver Linings Playbook. Alfonso Cuarón (Gravity) does not have previous directing nominations but he has been nominated for his screenplays, Y tu mamá también and Children of Men. This gives both of them the advantage over Steve McQueen as he is the complete newcomer to the Academy red carpet. So Cuarón looks to be the favourite as he won the director’s prize at the Critics' Choice, Golden Globe and BAFTA awards.

Chiwetel Ejiofor’s acting performance as the lead in 12 Years a Slave is part of the reason the film blew me away. But his chances of getting recognition don’t look good. He did win the BAFTA but Matthew McConaughey has taken the Golden Globe (drama), Critics' Choice and the SAG Best Actor awards making him the firm favourite for the Oscar.

The Best Actress award looks an even safer bet with Cate Blanchett on course to take the Oscar following success at the SAG, Golden Globe (drama), Critics' Choice and the BAFTA awards. She also has five previous Oscar nominations and won Best Supporting Actress in 2004.

In previous years my interest in the ceremony was only ever elevated by gambling. A group of my friends host an annual betting pool where you predict the winner in every category, whoever guesses the most winners, takes the pool. I never won, mostly because I’m a terrible gambler and always tried to guess the winners using my better judgement. To my dismay, I found the best way to win was to simply amalgamate what all the bookmakers said were their favourites.

A look at the current odds on some major bookmaker’s websites validates Iain Pardoe’s model. All the aforementioned predicted winners are the odds on favourites, so any deviation from the winners in those categories would be a major surprise.

Is there anything else to consider when predicting this year’s winners? The final thing to take into account is the demographic of the Academy voters themselves, who are 77% male, 94% white with a median age of 62. Traditionally this has meant that films such as The King's Speech have been triumphant at the Academy Awards as they have seen wider box office success with that demographic. So this year, will they go for the 1970’s nostalgia caper American Hustle, or could they opt for the difficult and overlooked themes of the brilliant 12 Years a Slave?