How to juke the opening weekend box office stats 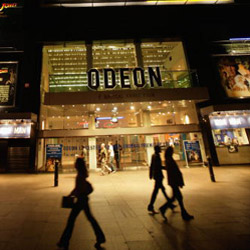 Transformers: Age of Extinction has posted this year's biggest opening weekend at the UK box office….. Or has it? Closer inspection of the figures reveals a plot hole in this storyline big enough to drive a bus load of statisticians though it.


In the film industry, a good opening weekend is paramount. The critics may give your movie a kicking but a strong showing at the box office demonstrates it went down well with audiences. However, film distributors are increasingly using an old trick to boost their opening weekend figures and therefore inflate their box office performance at the expense of their rivals.

An opening weekend typically runs from Friday to the Sunday, but some films can open earlier in what is euphemistically called ‘previews’. In the USA this can mean a movie opens in New York and Los Angeles before it goes nationwide. In the UK, big cinemas throughout the country can begin showing a new film on the Wednesday (or earlier), giving a few days of box office advantage over a rival that sticks to the Friday release date.

Weekend box office tables typically show all the ticket sales taken – with previews included. So what kind of advantage can be gained through this trick? Let’s deal with Michael Bay’s Transformers first. The headline table shows the film took over £11million last weekend.

However, from 5-9 July, Transformers was available in previews, before its official release date of July 10. This meant 68% of that £11million was earned outside the ‘weekend’ period.

The story gets more complicated when you look at Transformers nearest rival, How to Train Your Dragon 2. It also opened on July 10, but it opened in Scotland and Ireland two weeks prior and had previews in England and Wales on June 15, 28, 29 and July 4-6 July. Were these previews or just the distributor reacting to the different stages at which school summer holidays start? This is an extreme case but it demonstrates how difficult it is to say for certain when a film's official release date is.

This story isn’t confined to this past weekend - I took a look at UK opening weekends throughout 2014 to see what other statistical shenanigans are going on. The British Film Institute compiles opening weekend statistics and to their credit, they also state which films have extra preview revenue included in their figures.

Take the weekend of 31 January to 2 February, where three films opened on the Wednesday of that week. That Awkward Moment (the Zac Efron rom-com) and I, Frankenstein (the latest reboot of Shelley’s character) enter the weekend chart in third and fourth respectively. This gave the impression that they had finally knocked Frozen (no explanation needed for those with children) down the chart after eight weeks in the top three.

Except they didn’t. The actual chart shows Frozen still sitting pretty in third with That Awkward Moment below it. I, Frankenstein actually entered the chart in seventh, a lowly position that reflects its dire reviews.

Why do film distributors go to all the trouble of arranging previews? The reasons are different on a case by case basis but it probably boils down to a basic anxiety about a films expected performance. Distributors always try to plan their release on weekends without a similar or hotly anticipated film to rival it, so as to give it the best possible chance.

In mid-February there was a similar story when The Lego Movie was released. The film had glowing reviews but its distributor was taking no chances. It took the top spot in the chart with almost five times what The Monuments Men took, the other big film release that weekend. However, 26% of The Lego Movie’s revenue came from its two days of previews.

The end of March saw more of these antics. Captain America: The Winter Soldier and Muppets Most Wanted took first and second place respectively. Both films had previews that inflated their figures but ultimately did not change their chart placing.

The next weekend saw Rio 2 (yet another sequel) released, knocking Captain America off its perch to become that weekend’s biggest film. Except it didn’t. It actually came third behind Captain America and the biblical epic Noah.

This kind of statistical sleight of hand can be useful for covering up the poor performance of many different kinds of films. At the end of April, the eagerly awaited Transcendence, the directorial debut of Wally Pfister, was released. This time the distributor went all out with four days of previews. The film opened with mixed reviews but still entered the chart in third place.

However, half of the film’s ticket sales came in the four days of previews. In the actual chart, the film moves into fourth place where it barely did better than Noah and Captain America, both of which had been on release for almost a month.

These statistical tricks don’t mean much for the audience, but inside the film industry it distorts the playing field. Especially now that changing technology and piracy has heaped even more importance onto the initial cinematic release. So with Transformers opening the weekend before it ‘opened’, it's becoming harder to know for sure when a film is actually being released.