Knowledge in focus: a Q&A with David McCandless 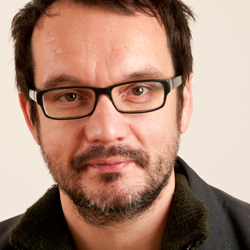 You might not know David McCandless by name, but you'd recognise his work on sight: the Billion Dollar Gram, maybe, or Colours in Culture. He's a key figure in the data visualisation movement (if you can call it that) - experimenting with old, new, entertaining and informative ways of presenting data.

His first book, Information is Beautiful, was published in 2010. His second, Knowledge is Beautiful, came out late last year after two years of research. Significance caught up with McCandless soon after the book's launch to find out more about his process, the skills you need to succeed in information design, and what he's learnt along the way.

Your first book was about 'information'. This one is about 'knowledge'. How do you differentiate between the two?

I’m still learning about that difference, but what I’ve discovered through my work is that data is granular; information is clusters and bites of something more structured; and knowledge is something deeper and richer, more interconnected and complex.

In doing this book, I wanted to explore what knowledge was and whether it would lend itself to visualisation as well [as information does]. Information is very much focused on what’s happening now, and how, whereas knowledge is more focused on the why and the what - it’s more focused on causes and consequences.

How has that difference, between information and knowledge, manifested itself in the book?

Knowledge is way more complex by its nature, because you’re assembling everything that is known about a subject matter, and you may draw in knowledge from other disciplines as well. It’s more comprehensive. In the first book, I did these singular visualisations about a certain subject. In this new book, I couldn’t stop at one graphic - I had to answer all the key questions and address all the aspects of a given subject for it to be 'knowledge'.

For example, I did a graphic about asteroids and started with the question, 'What are the most likely asteroids to graze the Earth in the next 150 years?' Then I had to answer how many had come close, what would happen if different sized asteroids hit, what could we do to stop them? I had to go on a bit of a journey to fill in all the blanks. People talk about the pursuit of knowledge, and it feels like it is a never-ending thing. You could follow that path and keep going - I could have done a whole book about asteroids, but I had to stop myself.

I also found that you can portray knowledge in two different ways. To use a camera metaphor, you can attempt a wide shot to encompass all the complexity and depth, or you could condense and distill all the knowledge into a very focused piece that represents the tip of the knowledge that’s underneath it.

What role do you think visualisation can play in advancing and supporting the pursuit of knowledge, rather than just conveying information?

When you get into knowledge, it appears to become more web like - this thing connects to that, and that thing has more significance than this. There’s something almost synaptic about it.

I see these visualisations as looking glasses - or a portal, if you like. They open up the subject matter; dense or complex areas of knowledge, or areas steeped in jargon can be opened up to allow people to look inside and understand it.

{mbox:lightbox/mccandless-drug-revenue.png|width=300|height=176|caption=Click to enlarge|title=Drug deal - taken from Knowledge is Beautiful by David McCandless}

What about gaps in knowledge? Can visualisations of knowledge help us see where contextual links are yet to form?

You spoke at the Royal Statistical Society back in November, in which you discussed the idea of there being a visual language that speaks to the pattern-hunting part of the human brain. People seem to be able to interpret this 'language' reasonably well, but many of us struggle to communicate in this way. Why do you think that is?

I was a print journalist for many years, I had no training in design or visualisation. When I came to this field I had to learn the language of design. I think the reason why a lot of people can’t design or express their understanding visually is because they are not very practiced in this language. Alot of people will say they are not 'visual thinkers' - I hear that quite a lot - but I don’t believe it because I’ve gone from being a very non-visual, very words and concept-oriented sort of person to a very visual, colour and design-oriented person while still retaining my writing skills.

I’ve learnt that visual language, and often when I’m visualising stuff I do a literal translation from one to the other. I’ll list the data points and then the ways to express that visually - whether through size, colour, proximity, arrows, etc. - and then map them.

Do you think that your experience as a journalist helped you make the leap to data visualisation?

It didn’t help in learning the visuals, but it’s definitely helped me in framing, angling and making stuff interesting. One thing that dogs this field is the idea that you have to present data 'as is', without any angle or any focus on what’s interesting - meaning it has less impact and people are not engaged with it. Storytelling helps you to focus on a theme or thread that can lead someone through an image, so it’s helpful in that respect.

But isn't there a danger in framing that you give a subjective interpretation of facts rather than an objective representation?

The framing is definitely a subjective choice, and that brings in the agenda of the ‘cameraman’ and what they choose to focus on - and I’m not immune to that at all. But in my work I have a few safeguards: I’m open about my process and methodology, and I share all the data I create graphics with.

I think statisticians need to present their work objectively, but statisticians are often presenting their work to other statisticians so there is a common language there, a common visual language, and there’s an expectation and standard they have to follow. But my goal is to communicate with a wide audience, to be a journalist in that respect; to communicate and mediate between data and the audience, so there is a different emphasis and motivation. I have to use framing and storytelling to get people to pay attention.

Also, the two don’t have to be mutually exclusive. There’s no reason why you couldn’t do a wide objective shot of all the data, and then have something inset that shows it in different angles with different filters.

In your RSS talk, you mentioned the idea of 'playing' with data. What do you mean by that?

I don’t mean play as in, 'Be irreverent and frivalous'. I mean play in a creative sense: being open-ended, experimental, making creative choices - allowing an idea to come in, follow it and see what happens. And also - in terms of practitioning - working with someone else; workshopping something - brainstorming and letting non-experts in. That’s what I mean: to counteract an inherent rigidity in the medium. It’s a necessary rigidity, but if you take it too far into the creative process it can limit options.

Does the 'play' aspect extend to consumers of the data? Is there understanding through play?

Creating interactives definitely allows your audience to play with the data in an exploratory way. It helps them get their head around it, to connect with it and see how it all works. And it’s fun as well.

Knowledge is Beautiful, by David McCandless, is out now. Published by William Collins. For more information and examples of work, see davidmccandless.com