How to lose a girl in two standard deviations 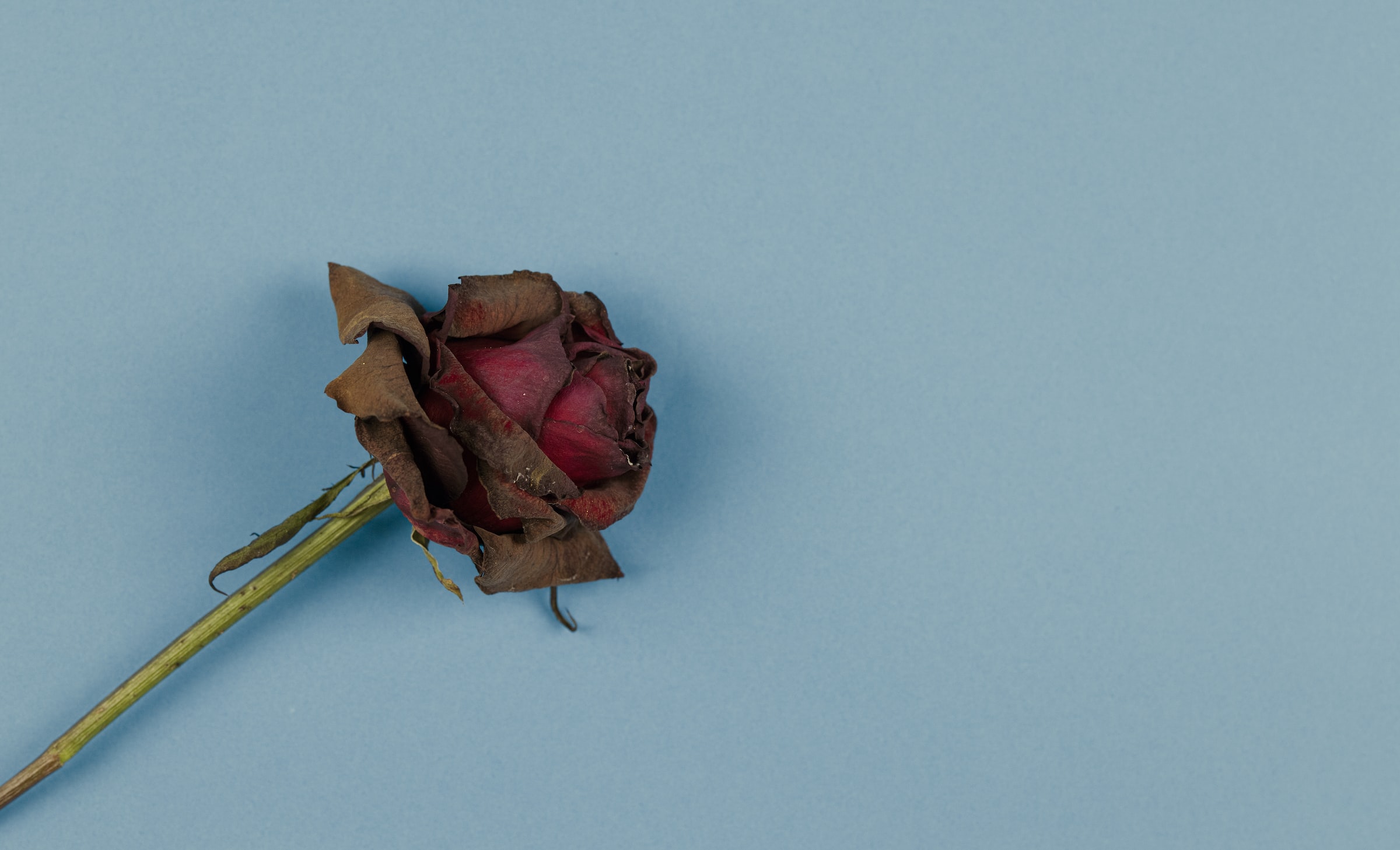 Imagine a movie where the female lead is in a STEM field. She is probably brilliant, exclusively interested in facts, unmoved by emotion, cold, and certainly not in love. How one-dimensional. How unrepresentative of female complexity. I, for instance, also happen to think of myself as a STEM woman. I teach introductory statistics and am a PhD student who has high expectations of myself and my students, believes in rigor, and enjoys pushing myself and others around me to think critically. I am also a hopeless romantic. I love nothing more than to watch a good rom-com (except for maybe forcing my reluctant partner to watch it with me).

Rom-coms, or romantic comedies, aren’t just feel-good, lovey-dovey movies; they are films that allow me to feel connected to the main character because the main character is nearly always female.  She is also typically written with more complexity than in other film genres, where her role is largely secondary or tertiary. She has personal and professional obstacles, quirks, flaws, strengths, and goals. The audience becomes invested in her life, her path, and her success. We cheer for her when she makes strides in all aspects of her life, including love.

One of my personal favorites is Crazy Rich Asians for one key reason: Rachel is an economics professor. She is cute, silly, sweet, and relatable. She is also brilliant, ambitious, and tenacious.  She represents a trend that we see in many modern women: working in STEM careers. (According to a 2019 National Science Foundation report, women held 34% of all STEM jobs.) As more women are entering STEM fields, we would expect to see more characters like Rachel in rom-coms, who have a STEM career and pursue love. Yet, I have not seen many of these stories.  Where is the female data scientist using graph coloring to optimize seating at a wedding with a complicated family? Where is the female computer scientist who figures out how to represent chemistry on a dating app, resulting in her finding a partner who finally makes her feel a spark?

I theorized that women in STEM positions were underrepresented in romantic comedies and conducted a hypothesis test to examine my theory. To test this theory, I needed to identify the real proportion of employed women in STEM positions. I relied on a National Science Foundation (NSF) 2019 report of the STEM Labor Force. According to the study, 23% of the workforce in 2019 was made up of STEM jobs, and women made up 34% of those jobs. Hence, the percent of total US jobs occupied by women in STEM is 7.84%. Additionally, according to the same report, women occupied 52% of all other jobs (which is 77% of the total economy). This results in 40.04% of the total US workforce. 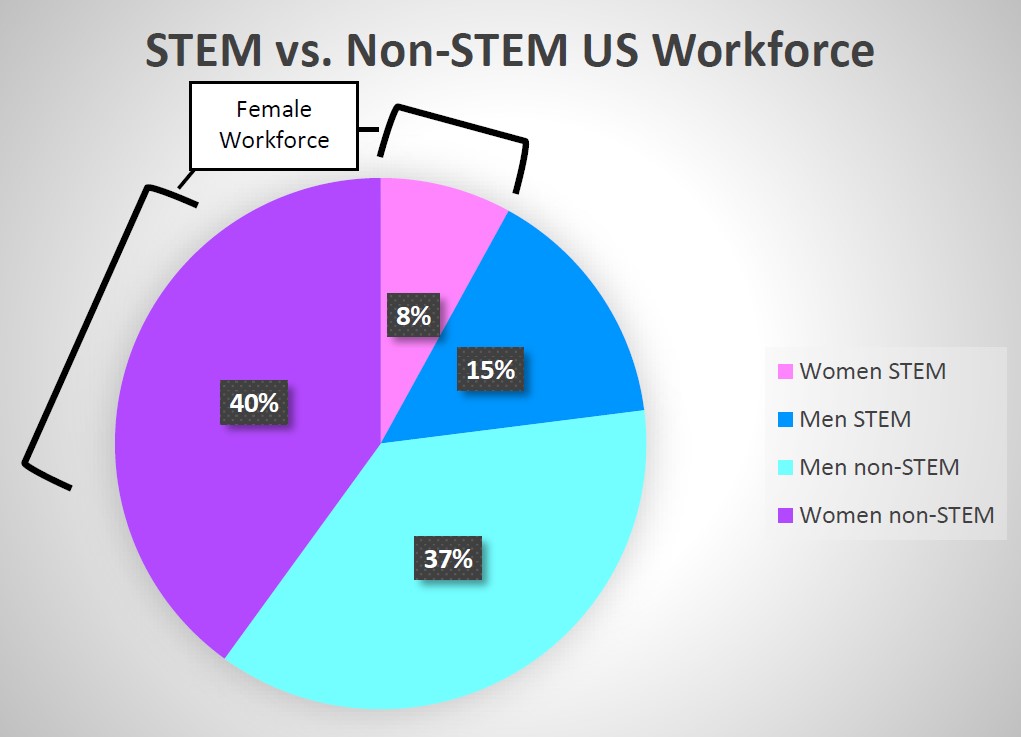 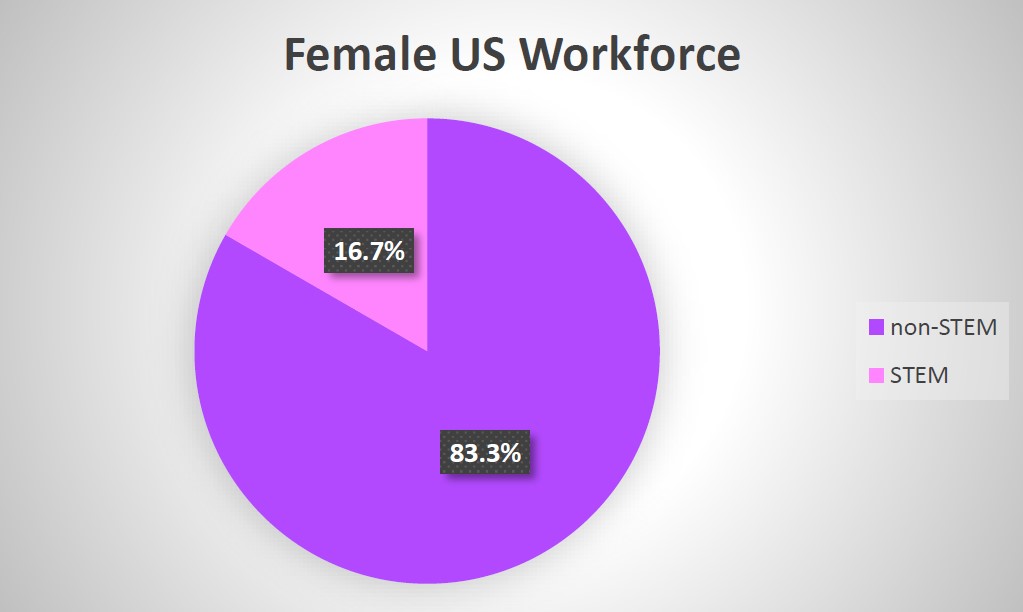 Consequently, if the null hypothesis were to hold, for every 100 rom-coms made, there would be about 17 female leads with STEM careers. I set out to examine if the observed proportion was lower.

To test my hypothesis, I collected all romantic comedies from 1990-2021 based on IMDb classification. I included only movies produced in the United States and excluded movies that did not have a female lead. This resulted in 249 films. I then categorized all of the women’s jobs into STEM or non-STEM based on the definition of STEM by the NSF report noted above. 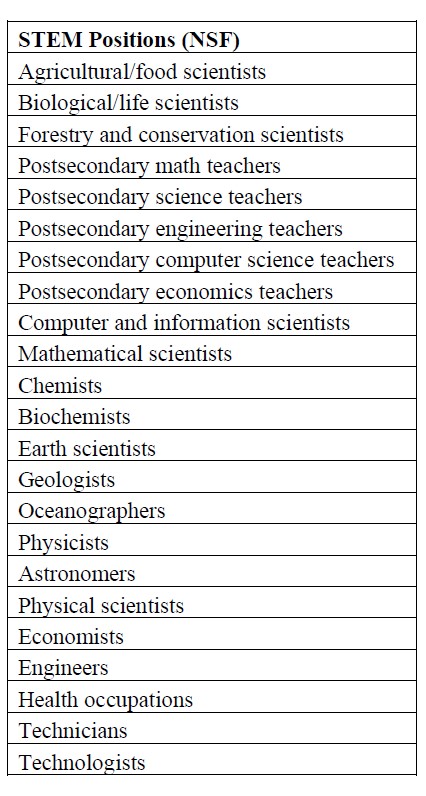 Because I limited my categorization to two categories (STEM and non-STEM), I have a large and fixed number of observations (249 films), and assume that each rom-com has the same probability of having a STEM lead (namely our proportion of women in STEM or 0.167), I can use the binomial approximation to the normal distribution. The mean (μ) of the distribution is 𝑛𝑝 = 249*0.167 = 41.59, and the standard deviation (σ) is: 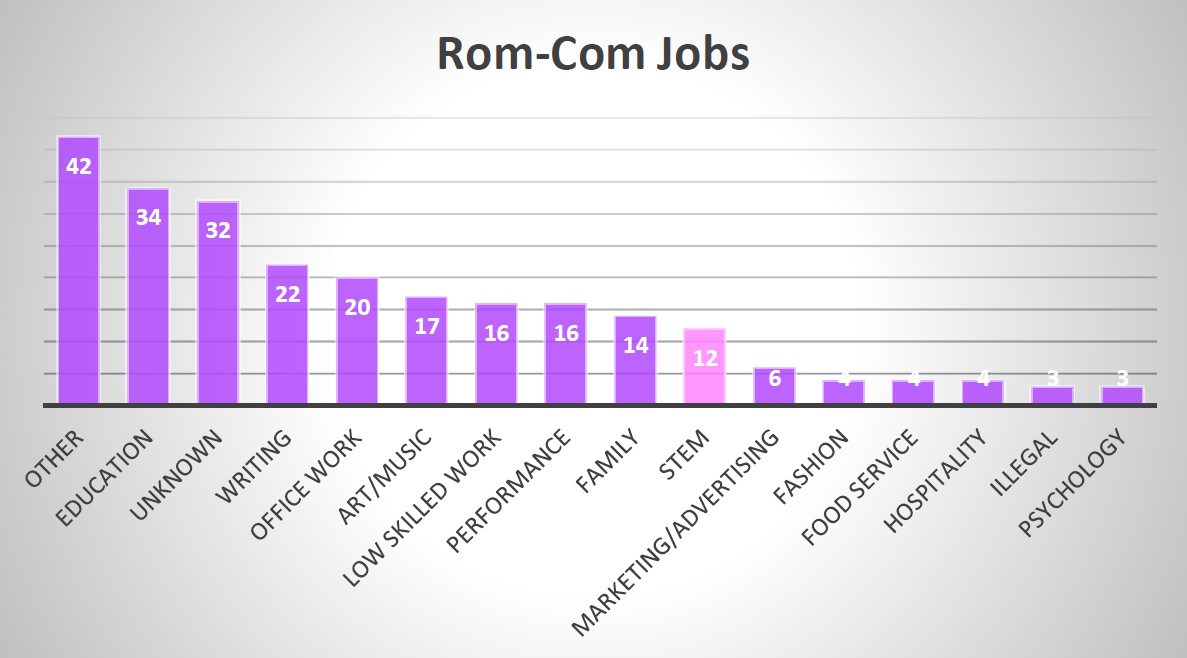 Using this result, I calculated the test statistic:

resulting in a p-value of 0.00000000000000127. I determined, statistically significantly, that rom-coms underrepresent women in STEM careers.

"It's gonna be really hard, and we're gonna have to work at this every day..."

Romantic comedies are an extremely popular form of media with women. They are largely marketed to women, and one study found that women tend to remember more details from rom-coms than other types of films. Rom-coms also tend to have their leads evolve to represent modern women. Mary Tyler Moore insisted on wearing pants on screen because most women had begun opting for pants over skirts. Meg Ryan represented a trend of taking her life into her own hands by ending problematic relationships. (Most previous films nearly never showed a woman ending her relationship unless a man arrived to “save” her, no matter how problematic.) If the rom-com lead is to stay modern and relevant, it needs to reflect modern women. One key way to do so is by having leading ladies in STEM careers. In addition to reflecting current trends, there are more far-reaching implications for including female leads in STEM careers as well.

STEM jobs are only becoming more prolific in our economy, and there is a growing need to fill these jobs. According to the Bureau of Labor Statistics, math and statistics jobs alone are expected to increase 33% over the next 10 years. Consequently, encouraging people to pursue STEM careers is important for the US economy, and encouraging women in particular is important to ensure gender diversity in these roles. Many programs have been enacted to promote female enrollment in STEM degrees and matriculation into STEM careers, but these programs have had varying degrees of success in raising the number of women interested in STEM.

One of the more effective measures of promoting females into STEM is having female STEM role models. Female STEM teachers and mentors increase girls’ math success and their desire to enter a STEM career. However, because men disproportionately hold these roles, many girls go without these kind of role models. So how do we encourage young women to enter STEM if they are not seeing these role models in their daily lives? Through media representation.

The notion of increasing female STEM roles in movies to encourage female entry into STEM roles in real life may seem preposterous, but it is not without merit. In the late 1990’s, the X-Files was one of the most watched TV shows in the United States; its reach to men and women was vast. One of the main characters in the show was Dr. Dana Scully, a medical doctor who provided reason, objectivity, and scientific process to paranormal exploration. Following this show, there was a surge of women in STEM careers. The cause – seeing Dr. Scully as a role model, also known as the “Scully Effect”. Young women related to her and wanted to be like her. With STEM jobs on the rise, it is time for more Dr. Scullys.

No other film genre has as much reach with young women as rom-coms, and they provide an excellent opportunity to show relatable, complex women in STEM. They already cast a female lead and focus on many aspects of her life, including her career. Why not make her career STEM-related? Doing so would not only reflect current trends, but could also influence younger generations to consider a STEM career. Additionally, because filmmakers and actors must research roles, doing so in a STEM area can increase awareness about how complex women in STEM roles really are. This may have spillover effects into other film genres, so that the next time we see a movie with female scientist, she is not only brilliant but relatable too.

Veronica Carlan is a PhD student at the University of Maryland, and lead learning and development specialist at Elder Research. This article was a finalist for the 2022 Statistical Excellence Award for Early Career Writing. The 2023 writing award will open for submissions in February 2023.