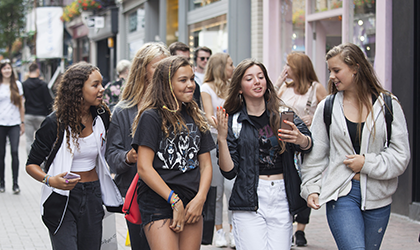 Each year, the most popular first names given to babies born in England and Wales are published by the Office for National Statistics. In Scotland they are published by National Records of Scotland and in Northern Ireland by the Northern Ireland Statistics and Research Agency. These statistics are always prominent items in news bulletins. Table 1 shows the top five names for births in the year 2000.

TABLE 1 Most popular first names, births in the year 2000.

The popular press will usually report just the names. While I enjoy seeing these top names each year, as a statistician I like to know a bit more. For example, how many babies were born in that year and how many were given the name Chloe? A more comprehensive picture is provided by the official statistics publications. Official statistics usually come as a statistical bulletin with accompanying data files and further information on how the statistics have been prepared.

TABLE 2 Counts and percentages of the top two baby names for births in the year 2000, England and Wales.

From these numbers, we see that even the most popular boys’ and girls’ names were given to fewer than 3% of babies in 2000 – this suggests that there were very many names applied. The official data confirms this – there were 3,931 different boys’ names and 5,154 distinct girls’ names given at least three times.

Another aspect of a statistic that is important to a statistician is to understand why the data are collected, how they are collected and the purposes to which they are put. In England and Wales, it is a legal requirement for live births to be registered within 42 days. This civil registration is an important activity, is carried out by a registrar, and can take place in either a hospital or a local Register Office. The registrar enters data into a computer application, the Registration Online System. Data input includes the name and a variety of other information; a birth certificate is then issued. The birth certificate is an important element in the process to obtain a passport and a school place. The baby names statistics are produced from the registration process and used by parents and soon-to-be parents as well as being of general public interest.

How have the popular names changed over the past century or so? We can look to official records to find the most popular first names in 1900 and see how their popularity has changed in the years 2000 and 2016. This is shown in Table 3 for England and Wales.

A variety of possible explanations have been put forward for the changes in popularity of particular names. The first names of our grandparents are often used as middle names for our children, and this helps to keep traditional names familiar. The choice of names for royal babies has an effect, too; for example, there was an increase in babies named Elizabeth in England and Wales in the early 1950s.

School students in the first year of their sixth form have important choices to make, including whether to go to university and, if so, where to go and what subject to study. We are approaching a position in the UK where almost half of school students go to university; they have a wide range of institutions and subjects to choose from. What can official statistics tell us about the situation a hundred years ago, and what changes in society have led us to the current situation? 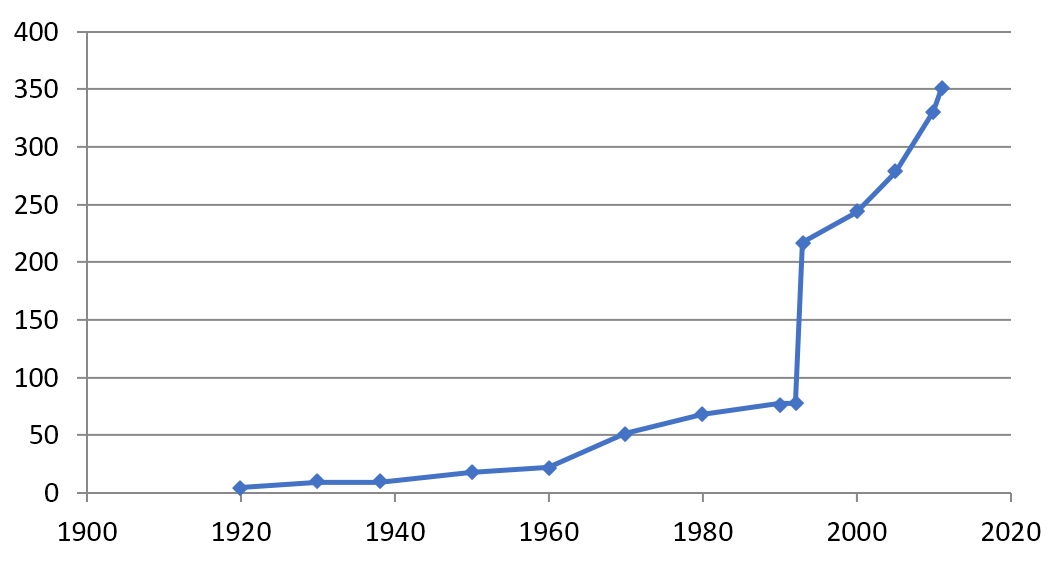 In the early decades of the twentieth century, very few young people went to university, and little changed up to the Second World War. After the war, the number of degrees awarded increased as a result of government schemes to support people returning from military service. The 1960s saw a more rapid increase. Governments of the time presided over an expansion of higher education to address concerns that the UK might fall behind other nations without a greater number of young people educated to degree level. Many new universities were built in the 1960s, including Warwick University, where I studied maths and physics between 1977 and 1984.

Clearly, the opportunities for post-school education are much greater now than a century ago. However, there is another aspect of change that is even more striking. Figure 2 separates the degree numbers by men and women. We see that very few women obtained degrees before 1960. Since then the numbers have increased, so that degrees awarded to women exceed those awarded to men. 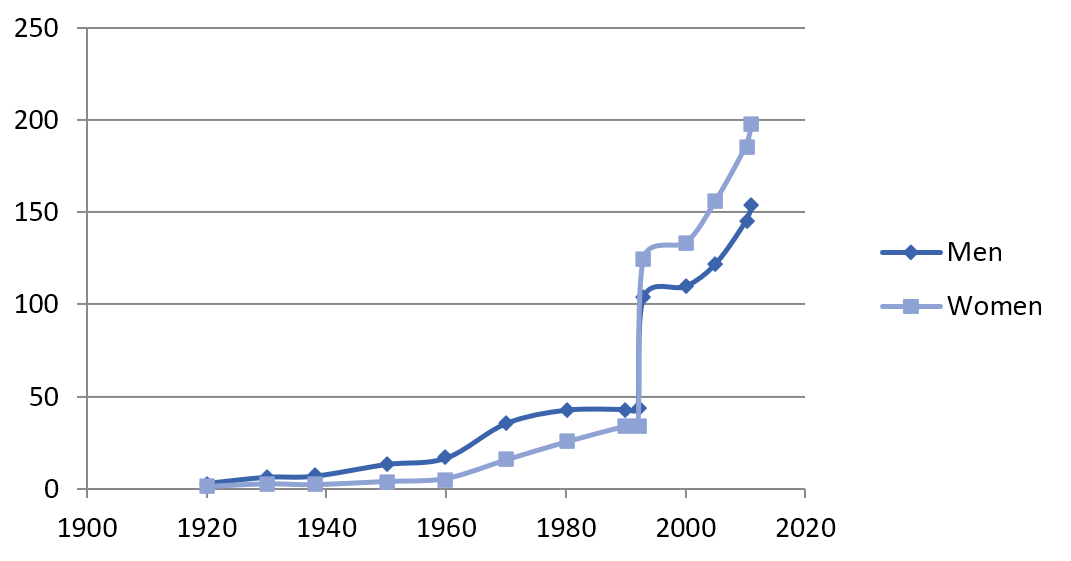 The statistics above, and those published as part of my print magazine article, are extracts from my William Guy schools’ talk for 2017–18. However, there was another important part of all the talks: the questions. Over the course of 10 talks, the audiences asked a very large number of questions both during and at the end of each talk. Several topics arose multiple times, and in this section, I discuss two of the most popular:

We certainlty should take a cautious view of what we read – not all statistical information is of high quality. But there are some common approaches to the production of quality official statistics that we can check for. These include the following:

It takes a lot of effort to produce high-quality statistics, especially for quantities that are hard to measure, such as economic growth, the extent of poverty and the level of inflation.

The short answer is yes, and it is a major research and development area for statistics. Both the types of data and the large volumes present challenges to the statistician; new ways of handling and processing these data are required. For example, the availability of price data from shop websites can help with investigating overall price changes for use in economic statistics. This emerging area of analysing massive, high-frequency data sets is where young people just out of university with good analytical and computing skills are making an impact. A wide range of organisations, including financial institutions, energy companies and the Civil Service, will be recruiting many more analytical graduates for this work in future.

Jeff Ralph worked for the UK Office for National Statistics for 14 years, retiring in March 2018. He is currently a visiting scholar at the Statistical Sciences Research Institute at the University of Southampton.