Understanding the outflow of money from Ireland 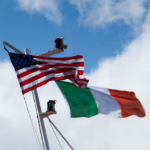 An age old debate in economics is which gives you a better idea of overall economic performance in a country, Gross Domestic Product (GDP) or Gross National Product (GNP). GDP measures all the income earned within a country but GNP takes this figure and adds on income earned from foreign investments by residents minus the income that flows out by foreigners taking money home.

Net Foreign Income (NFI) is the difference between GNP and GDP; this shows the net flow of money between a given country and the rest of the world. In the case of Ireland, it reveals an alarming reality that many commentators overlook.

Nobel Prize in Economics Laureates' achievements estimated from their fame

In a recent article1, Anouk Claes and Marc de Ceuster reported the achievements of Nobel Prize Laureates in economics, which they estimated from their fame. They used a method which was originally published in Significance2. The method stems from the observation that the fame of fighter-pilot aces (measured as the number of web pages mentioning them) grows exponentially with their achievement (measured as the number of their victories). One may hypothesize that a similar relationship exists between fame and achievement in other professions including those where an unquestionable and universally accepted measure of achievement does not exist. One can then compute the ratio of achievements of two people as the ratio of the logarithms of their fame.

Fuel prices, the UK energy gap and the consequences of ignoring information

Written by Julian Champkin on 21 February 2013.

The chance of large power cuts – those that hit more than a million homes – will be 300 times more likely by 2015.
Fuel prices are going to soar. News reports this week have been full of the UK’s looming energy crisis. Our opening warnings and predictions come from Alistair Buchanan, chief executive of Ofgem, the body that regulates the UK energy industry; he gave them on Tuesday. The reason is that Britain’s power production capacity is falling. Ageing power stations are due to close – and the due date is now. 10% of coal and oil-fired power production is being shut down next month.

Written by Michael Mernagh on 20 February 2013.

I read and watched with interest the Beveridge Lecture given by Professor Danny Dorling at the Royal Statistical Society in 2012.1,2 I was particularly interested in his comments on “the 9%” of the income distribution as an alternative statistic to the Gini coefficient. The best-off 10% of people minus the best-off 1% can be thought of as “the 9%” just below the best-off 1%.1

RPI versus CPI: what’s the difference? Why does it matter? Will it make you poorer or richer? 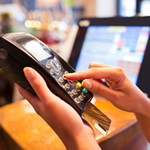 The Office for National Statistics (ONS) is topping the headlines in all the UK media today. It doesn’t always happen. Why? The ONS has surprised almost everyone (yes, statisticians can surprise) by recommending that the government sticks to measuring inflation by the RPI rather than changing to the CPI. Headline-grabbing? Oddly, yes. Here's what its all about.

And in case you didn’t know, the RPI is the Retail Price Index; the CPI is the Consumer Price Index.