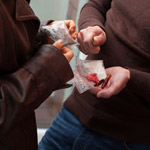 To paraphrase The Wire’s Stringer Bell: 'Product, my dear colleagues. Product'. When the putative 'CEO' of the Barksdale drug gang was referring to 'product', he possibly wasn’t thinking of the 'gross domestic' kind. 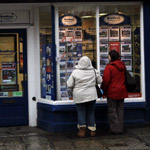 ‘UK house prices rose by 8% in the year’ is the latest startling headline following the Office for National Statistics' latest data release. With an election now less than a year away, to understand the statistics surrounding the cost of buying a home, your have to look at their relationship with politics and behavioural economics.

Are we in a bubble? Lessons in dissecting the stock market 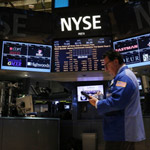 A dangerous misconception is 'this time it’s different'. This is the line that gave Carmen Reinhart and Kenneth Rogoff the title for their book that forensically sifts through various financial booms and crashes that have occurred as far back as the default of Dionysius of Syracuse in Greece, in the Fourth Century BC. Sadly, things are never 'as different' as people perceive and the bubble eventually bursts. Market crashes will always be with us. Why is this true and what can be done about this?

What if the poor doubled their share of the world’s wealth? 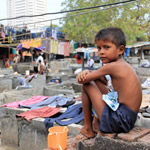 The Occupy movement, that erupted in 2011 and then died with a whimper in 2012, seems to have come and gone without making any major impact. While the protesters were dispersed easily by police, the one idea that could not be cleared away was their slogan - ‘We are the 99%’.


Since then a much larger conversation has started based upon that very statement, is the concentration of such wealth in the top 1% (or top 0.1%) a wise policy?

Did statistical graphics turn a French economist into a star? 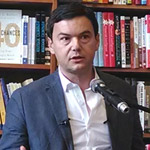 Few idols of the intelligentsia attain broad popularity. But last month Thomas Piketty, an economic scholar from the Paris School of Economics, did just that. In April, when Harvard University Press released the English translation of his 700-page tome on rising wealth in Western culture, Capital in the Twenty-First Century, the book skyrocketed to the top of the best-seller list.