The historical price of petrol – how bad do we have it? 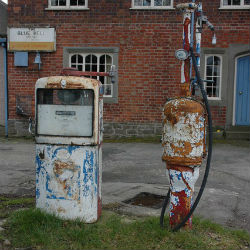 Ministers this week debated whether the government should scrap a planned increase in fuel duty, given the sharply rising cost of petrol. The government retains plans to increase fuel duty by 3p a litre from January, despite the record-breaking prices currently seen at the pumps.

The motion came in response to an e-petition signed by 110,000 people and was broadly approved by MPs, though this is not binding on ministers, and the Treasury minister has indicated that such a decision would be made alongside the budget.

The sharply rising price of fuel has been one of the key talking points throughout the recession, with substantial price fluctuations being seen across the country. But just how bad is it? Is this really the worst that we’ve seen?

The AA publishes data on fuel prices, and has data back to 1896, all available on its website. Plotting this data on a graph you can see the rise in petrol prices since 1896, and it will be of no surprise to anyone that this shows a steady upward increase in price per litre. Based on these figures alone it is easy to see why people are angry about the increasing pressure on their purse strings. But that isn’t really the full picture, as this doesn’t account for inflation. The graph below includes the same data after accounting for these changes since 1896 (based on the Retail Price Index), and you can see that the incline is considerably less dramatic. The year 2010 has been used as the benchmark given that we do not have a full year of data for 2011 just yet – prices for this latest year have been estimated based on the data available so far, and adjusted down to 2010 prices. The most dramatic peak in petrol prices was seen in World War I, with the highest ever price of petrol being seen in 1917 at a cost of just under 205p a litre. But this was of course a very different world, even outside of wartime, with few people driving cars and prices therefore stabilising not long after the war as the principles of supply and demand balanced them out.

Putting this most dramatic of events to one side, we can also see that despite absolute prices rising steadily over the years, the cost per litre after accounting for inflation remained quite stable for around 50 years, sitting around the 100p mark between the 1950s and the early 2000s. Even across the early parts of the recession in 2007/2008 prices were by no means the highest that they had ever been – this dubious accolade has only occurred (excluding the period around WWI) in the last 18 months, with the average cost per litre in 2010 reaching 116p.

So it appears that we might finally have a point; after many years of complaining about the rising price of petrol - perhaps slightly unfairly as it turns out – we are finally approaching true record breaking costs for modern times. The last time that average price of petrol per litre hit 127p (the estimated average for 2011 in last year’s prices) was in 1920, and how many people now living can remember that? Well now, I think that’s a statistic for another day.