Fuel prices, the UK energy gap and the consequences of ignoring information

Written by Julian Champkin on 21 February 2013. 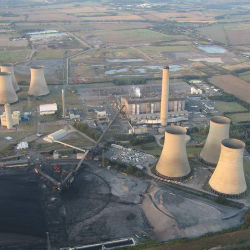 The chance of large power cuts – those that hit more than a million homes – will be 300 times more likely by 2015.
Fuel prices are going to soar. News reports this week have been full of the UK’s looming energy crisis. Our opening warnings and predictions come from Alistair Buchanan, chief executive of Ofgem, the body that regulates the UK energy industry; he gave them on Tuesday. The reason is that Britain’s power production capacity is falling. Ageing power stations are due to close – and the due date is now. 10% of coal and oil-fired power production is being shut down next month.
A 10% fall in that capacity by April is far from marginal. The shortfall will have to be filled by expensive imported energy from gas.
Still more power stations – generally the older, more polluting, coal-powered ones - are scheduled to close over the next few years; replacements have not yet been commissioned; and while renewable energy sources are being built, that too takes time; a new energy system cannot be created from nothing and turned on like a tap overnight.
Nuclear power is one government-favoured option; but nuclear stations take even longer than wind-farms – decades in reality – to commission and build. So how can the UK’s immediate energy shortfall, which will strike any time now, be filled? Mr Buchanan’s warning is that Britain "would be very tight on power station capacity in three to five years' time".
"We're going to have to go shopping in world markets at a time when they will be very tight [on supplies] themselves."
It is not an unexpected shortfall. People have seen it coming for years. So what has gone wrong, and what – given also the pressures of climate change - are Britain’s options for energy?
Godfrey Bevan, former Director of Energy Technologies at the UK Departments of Energy and Trade and Industry, gave a complete answer in the December 2012 issue of Significance. His conclusions are fairly damning. He points to a decade of lost opportunity. This week’s remarks from the Ofgem chief concur. Buchanan says that attempts by the Government to reform the electricity market had come too late to avert price hikes. Ministers had good early plans for renewable resources, but the 2008 financial crisis put them on hold – for which we are now paying the price. 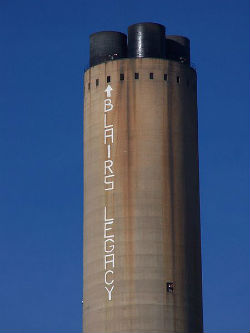 ‘Before the financial crisis the government had backed a visionary approach to energy on wind, water and nuclear... then came the financial tsunami’ says Buchanan.
Bevan’s conclusions are more damning. Sustainable and renewable resources are actually huge: they could easily supply all the UK’s energy needs without greenhouse emissions. But their development was neglected during the decade when it was most urgently needed. From the point of view of meeting even the most minimal climate change targets, it is now far too late to catch up.
And also, it seems, it is far too late to catch up with our short-term energy needs. Energy supply and emissions reductions are both absolute essentials. Depressing, then, that our leaders and our political system have managed, for half a decade, to avoid making decisions on the very clear statistical evidence that was in front of them and have failed to take action in time on either. We now have out-of-control climate change AND a shortage of energy – the worst of both worlds.
back to top