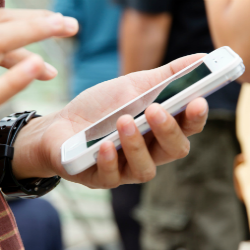 After Twitter was successfully floated on the New York Stock Exchange this November, its share price quickly rocketed upwards. By the end of its first day on the listings, the share price had shot up over 70%. This is only the latest in a long line of impressive statistics for the seven year old company. However, the fact remains that despite all the hype and amazing numbers, this is a company that has yet to turn a profit.

The statistics are enough to make most online start-ups turn a lush green with envy. It has 231.7 million active monthly users worldwide, 100 million of those use it daily and 5,700 tweets are sent every second. So many consumers have accounts that big name brands both now advertise and provide customer service through Twitter. Whole Foods Market for example has 3.5 million followers alone (although they have some way to go to match Justin Bieber’s 46 million followers.) It has become so public a forum that careless tweeting can now bring you before a judge for defamation or worse.

It seems the company can do no wrong, except on its balance sheet. Twitter raised $317m in revenue in 2012, 85% of this comes from advertising. However, look closer and you see the company made a loss of $134m in the first half of 2013 and it has lost an accumulated $419 million since launch. Despite all this, it's not hard to find forecasters in the markets that insist the company is seeing strong growth and will become profitable very soon.

This is where you begin to see how amazing statistics become essential to Twitter’s business model. When Facebook floated on the markets, much was made of the decision to price their shares too highly. So upon launch they didn’t see the ballooning share price that Twitter experienced, people began to doubt Facebook and ask searching questions.

Here in lies the problem for these companies, their best asset isn't their advertisering client book, it’s the users like you and me. We provide content to these companies every second of every day for absolutely free. What drives us to Facebook and Twitter is hype. Jaron Lanier, who has spent decades working in Silicon Valley, calls these ‘siren servers’. They act like pied pipers, gathering all the users behind them who constantly pour content back into them. This in turn drives up the spectacular statistics so that more and more users are attracted to them.

The model works fine, so long as the piper continues to play the right tune. The flaw in the plan is that users, with no contract or allegience to a social media platform, can abandon that company at any time. In business rivals are always looking to usurp those at the top. Maybe Twitter will be with us for a century or more, but Facebook knows this fact more than others. After all it was them who stopped MySpace, Bebo and Friendster stone dead in their tracks when it gave the user its better platform to use.