What does $4 million buy you at the Superbowl ad break? 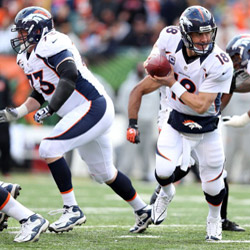 The online technology revolution has set proverbial amongst the pigeons that make up the old media’s advertising strategy. While newspaper and TV advertising’s revenue dwindles in the face of changing consumer habits, the Superbowl has bucked the trend with advertising slots becoming astronomically attractive. A 30 second spot will cost over $4million this year and there is no shortage of takers.
How has this happened? To understand this we need to see how new media has changed the marketing environment. The perfect example is Sodastream’s commercial for 2014 that Fox (as expected) rejected. Sodastream’s ruse goes back to their Superbowl commercial from last year that depicted two hapless Coca-Cola and Pepsi delivery drivers. It was banned for denigrating two major rivals, and then predictably because it was banned, it clocked up millions of hits online as it went viral.

So this year Sodastream are back with another commercial featuring Scarlett Johansen, but this time the ad is openly goading Coke, Pepsi and the Fox censors. Scarlett praises the product she is a 'global brand ambassador' for and then signs off with words: ‘Sorry, Coke and Pepsi.’ After Fox’s rejection they just cut those four offensive words and then the commercial is ready for broadcast, complete with the inclusion of Scarlett’s teasing line: ‘If only I could make this go viral.’ Their strategy has worked brilliantly, evidenced by the fact that this article is discussing that very game plan.

This also explains why companies are buying and announcing their Superbowl slot purchases months in advance. The actual advert you screen on Superbowl Sunday is not where the main advertising reach is, the emerging impact is now in the social media world. Bluefin Labs, a social TV analytics company, looked at last year’s social media numbers and found 3.9 million comments were made on the commercial breaks, a 225% increase from the previous year. Last year 75% of commercials used social media elements such as a hashtag, making the other 25% look way behind the curve.

The startling statistic that shows how advertisers are appealing to the modern viewer is that 91% of them used their mobile device during last year's commercials breaks in the game. Before we had the internet, advertisers only had a few seconds of TV time to grab your attention, so they paid huge sums to buy space at a time when they knew lots of people would be watching. Now they are purchasing the excuse to hype up their commercial before, during and after it's broadcast.

The Superbowl has retained its appeal because it has become a landmark TV commercial event, so of less importance is who watches your commercial, it’s now about who talks about your commercial. The amount of people who lost interest in the TV at the break in the game last year (tuneaway in TV speak) was 0.7%, which is in stark contrast with the 3% to 4% that get distracted during regular TV programming.

The advertising industry of the Mad Men era seems like child’s play compared to today’s world of hype and consumer attention seeking. When the old media titans lamented the end of their traditional advertising revenue streams, what they missed was the start of a revolution in the world of marketing. The consumer’s attention has simply been diverted elsewhere during the commercial break. The challenge is for advertisers to chase those consumers through analysing the data of what we do now on our smartphones and tablets. Ultimately, for anyone who doesn’t live in North Korea, there is no escape from those clever ad men and women.