What if the poor doubled their share of the world’s wealth? 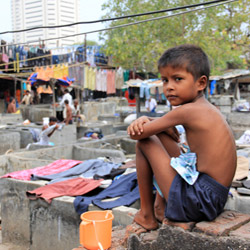 The Occupy movement, that erupted in 2011 and then died with a whimper in 2012, seems to have come and gone without making any major impact. While the protesters were dispersed easily by police, the one idea that could not be cleared away was their slogan - ‘We are the 99%’.


Since then a much larger conversation has started based upon that very statement, is the concentration of such wealth in the top 1% (or top 0.1%) a wise policy?

This may be a topical question for some now, but economics has been measuring this for much longer. The American economist Max Lorenz published his well-known curve in 1905. A Lorenz curve shows the plot of cumulative income (or, sometimes, cumulative wealth) against the corresponding cumulative population ranked from the lowest to the highest (in terms of income or wealth). The diagonal from the origin represents the line of complete equality, where every individual in the population would receive the same wealth.

Then seven years later, the Italian statistician and sociologist Corrado Gini published his coefficient. The Gini coefficient is the ratio of the area between the Lorenz curve and line of complete equality divided by the area below the diagonal. This ranked equality/inequality from 0 to 1, with total equality being a coefficient of 0. The other extreme is a coefficient of 1, total inequality, where one individual would own all the wealth.

How much is enough?

These are only theoretical values and the world is never going to swing to one extreme or the other completely. But what is a sustainable, fair or workable distribution?

In January this year, Oxfam caused a stir when they released a report that detailed the current state of global wealth inequality. They showed that in 2013, the wealthiest 1% of the world’s population owned almost half of the world’s wealth, while the poorest 50% had less than 1%.

This got me thinking about what Lorenz and Gini could teach us about modeling inequality – 100 years on. The problem is that real world economic data is messy and does not translate perfectly into their theories. An economic paper from 1976 discussed how the Lorenz curve would work when faced with real world data:

This got me thinking, I wanted to see if a general model of the 2nd degree would fit the 2013 dataset of world wealth, and I found that it did. The model and the Gini coefficient (in black on the figure on the right) turned out to be a good match for the 2013 data points.1

Using this model, I wanted to see what would occur if some radical changes began happening in global wealth equality levels. What might we expect if the poorest 50% of humanity doubled their share of the world’s wealth?

That hypothesis would yield another 2nd degree model (as shown in red on the figure). What this implies, is that if the poorest 50% doubled their share of the world’s wealth, then the wealthiest 1% would incur a reduction of less than a half of one per cent of world wealth.

The rising tide of wealth for the poorest 50% would have a catalytic effect in stimulating a lifting of the economic boats for 93% of the world’s population. Overall, if the share of global wealth of the poorest 50% rose by almost 1%, then 93% would gain almost 2%. To balance that rise, the richest 7% would lose almost 2%.

There would then be a reduction in the Gini coefficient from 0.90 to 0.88. That difference would be a measure of the small reduction in social inequality. To put this analysis in its proper context, I think the first paragraph from the first chapter of the United Nations Human Development Report of 2001 is particularly apt:

'Human development is about much more than the rise or fall of national incomes. It is about creating an environment in which people can develop their full potential and lead productive, creative lives in accord with their needs and interests. People are the real wealth of nations. Development is thus about expanding the choices people have to lead lives that they value. And it is thus about much more than economic growth, which is only a means — if a very important one — of enlarging people’s choices.'

My parting shot is that the poor people of this world could receive their rightful share of its wealth, not by raising the prices of commodities, but by multinational companies distributing profits more fairly. But does the 1% have a conscience?