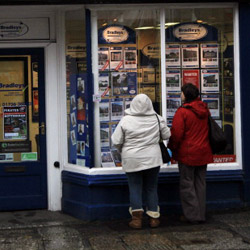 ‘UK house prices rose by 8% in the year’ is the latest startling headline following the Office for National Statistics' latest data release. With an election now less than a year away, to understand the statistics surrounding the cost of buying a home, your have to look at their relationship with politics and behavioural economics.

First the statistics. It’s true that the year to March saw an 8% increase in house prices (London saw a 17% increase, but that microcosm demands a separate article altogether). But despite these increases the housing market is still 3% down on its 2007 peak. On the supply side, the amount of houses built has dropped over 35% between that 2007 peak and the latest available figures from 2012.

Census data shows that the population of England and Wales increased by around 15% in the same period. Meanwhile the percentage of homeowners went from 58% in 1981 to 64% in 2011. At first glance, all this may confirm that the old laws of supply and demand are at play here.

The graph1 below shows the relationship between house building (in red) and house prices (in blue, adjusted for inflation) between 1981 and 2012 in the UK. This shows the spike in both trends during the late 1980s housing boom, but in the early 2000s, house prices began climbing to highs never seen before.

Housing is a complicated story though and correlation does not always imply causation. To understand it further you have to understand the nature of the demand driving this. The term buy-to-let is a relatively new one in our lexicon, and a survey of private landlords in 2010 shows that, around 50% of them began letting properties in the previous 10 years. There is also the problem of under-occupation, the 1971 Census showed Britons enjoying 1.5 rooms per person. Today, with a larger population, the figure is 2.5.

Political rhetoric about house prices mostly involves one of two solutions. One side of the spectrum advocates increasing the housing supply through state intervention. The other involves providing state assistance to first time buyers, to help them obtain a mortgage and get them on the property ladder.

Both approaches (on the left and right wings) accept the premise that the government should intervene in the market to help its citizens to buy houses. In 1918, only 23% of homes were owner occupied. Then from 1953 onwards, home ownership began accelerating, reaching its peak in 2001 at 69%. In essence, the British people changed their view of what property meant to them as it became more attainable.

The politicians noticed this impulse and over the last few decades the automatic policy has been that the government should enable more people to buy their own home. The latest policy in this regard has been the ‘Help-to-buy’ scheme for first time buyers, that some have criticized as throwing petrol on the fire, but….

The behaviour of people

Across the water in Ireland, the government there just announced a similar scheme to assist first time buyers secure mortgages. If any state would be wary of pumping up house prices, you think it would be the Irish. However, these schemes are simply giving the voters what they want.

The economist David McWilliams wrote about this after the Irish government announcement. His analysis says that when it comes to housing, buyers and sellers do not operate by the normal rules of economics. There is a herd mentality at work, when the price goes up, buyers worry that prices will rise still further so they rush into the market. Sellers also don’t respond in the predictable way, higher prices don’t encourage them to sell now, because they believe a better price can be had if they just wait.

In this way, you see how people look at housing not as a home, but as an investment. The alternative investment options open to the majority of us have been diminishing in value, especially since the financial crisis. Interest rates are still exceptionally low, so savings accounts return very little and pension funds have been generating on average real investment returns of -1.1% over the period 2007-10 and -0.1% over the period 2001-10.