Is prostitution really worth £5.7 billion a year?

Written by David Spiegelhalter on 27 October 2014. 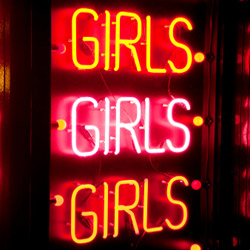 The EU has demanded rapid payment of £1.7 billion from the UK because our economy has done better than predicted, and some of this is due to the prostitution market now being considered as part of our National Accounts and contributing an extra £5.3 billion to GDP at 2009 prices, which is 0.35% of GDP, half that of agriculture. But is this a reasonable estimate?

This £5.3 billion figure was assessed by the Office of National Statistics in May 2014 based on the following assumptions, derived from this analysis. To quote the ONS:

This assessment has been severely questioned. Dr Brooke Magnanti, aka Belle de Jour, reckoned it might be ten times too high. In contrast others have said it should be £9 billion as it ignores male prostitution. Jolyon on Tax Relief 4 Escorts, who claims a maths degree from Cambridge, has done a detailed critique. He points out the flaws in the survey on which the 61,000 is based, and claims the assumed workload is too high and that the cost per visit (which the ONS based on PunterNet) seems too low - it is somewhat ironic that the ONS use an information source that a previous minister, Harriet Harman, tried to shut down.

My feeling is that the assumption that has the most problems is the workload. ONS are suggesting that the average person who works in prostitution has around 1,250 clients a year. This is based on Dutch experience, whereas the pattern of working in the UK is likely to be very different, with a complex industry comprising street-walkers, escorts, the informal market, those who work from fixed premises and 'independents' who advertise, for example, on AdultWork. Many are part-time.

As always, it's best to do a simple reality check. The ONS assumptions come to around 75 million visits a year. Let's say 60 million are from locals rather than foreign visitors, which is more than a million a week. There are around 20 million men between 18 and 65 in the UK (taking an arbitrary upper limit), so this would mean that on average each of them buys sex three times a year. In fact the latest Natsal survey found that around 4% of men between 18 and 65 reported paying for sex in the last 5 years, that's about 800,000 men.

If there were really more than a million visits a week, then the average man who paid for sex at any time in the last 5 years, did so considerably more often than once a week. In fact the proportion who pay for sex each year will probably be less than 2%, which means that less than 400,000 men are taking up over a million visits each week - that's around every three days. I am no expert on the behaviour of this subgroup, but this does seem rather high, to say the least: a study of men who pay for sex in Scotland found a mean of only five partners in a year.

The assumptions also mean that the average person working in prostitution is turning over nearly £100,000 a year, which Jolyon from Tax Relief 4 Escorts says is completely implausible, and he should know.

Although this is a big statistical challenge, such an important contribution to the economy deserves a more robust analysis. When better figures come out I predict the UK will be due a substantial rebate. But that won't help David Cameron now.

This article first appeared on the ‘Understanding Uncertainty’ blog that David publishes along with other contributors.