The colour of e-money 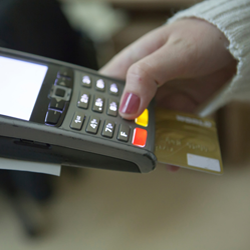 As the saying goes, "money talks". But money, and especially electronic money, does more than just talk. It says a lot about you, about your way of life, your wealth, your habits, your movements and more. Take your credit or debit card, for example. We are accustomed to using them freely, unaware of the fact that by using them we leave a trail of information with each transaction. Such information, if used sensibly to analyse our spending habits, could result in better knowledge of citizens’ behaviour and in new and better services for citizens and commerce.

BBVA, a Spanish bank, Innovation Centre and MIT Senseable City Lab have recently showed that such an analysis can be done in the video below, which is an advance release of their joint research project results. The video is an interesting example of data visualization in space and time. It details how people spent money during Easter 2011 in Spain: how much they spent, at what time of the day and which day of the week, what kind of purchase they made and where. Of course, the data were treated completely anonymously.

The first time you watch the video it is difficult to notice much apart from different colour flashes all over Spain, as well as some distinct sort of “supernovas” here and there. In fact, the right side of the screen looks like an Ishihara colour blindness test, which seems quite relevant considering everyone is preoccupied with the colour of our money. As you may have noticed, the size of the circles represents the amount of money spent, so that the supernovas represent expenses of hundreds of thousands of Euros spent in a specific moment and place – no crisis there, it seems. Different colours indicate different types of expenses: food in blue, gas stations in yellow, fashion in pink and bars and restaurants in red. The same colours are used on the graphs on the left side of the screen to show the accumulated amount of money spent in each category, minute by minute, all over Spain.

To interpret the data you need to know something about Easter Bank Holidays in Spain. In our “decadent European economy” Spaniards benefit from two Easter Bank Holidays – as well as twelve other public holidays throughout the year: Good Friday and, depending on the region, Maundy Thursday or Easter Monday. This different distribution of Bank Holidays results in different geographical spending patterns. See for example at 00:35 on the video (Maundy Thursday morning) when the Mediterranean coast (in a normal business day) is tinged in blue showing activity in groceries. Meanwhile, yellow dominates over the rest of Spain illustrating families driving away from cities at the beginning of their holidays. Did you notice that the yellow trails along major roads?

The plots on the left show some other interesting things. For example, during business days refuelling vehicles at gas stations is rather constant from dawn to evening – possibly reflecting people driving to and fro on various errands? - but is more concentrated in the mornings of holidays, maybe suggesting that people on vacation prefer driving in the morning. Notice also the two bulges in food and fashion expenditures on normal working days, illustrating preferred shopping times. One wonders if there are differences between morning and evening shoppers. Are morning shoppers housewives and house-husbands? Do working class members prefer shopping after work in the evening? What seems clear is that groceries receive more visits just before holidays. Of course, nobody wants to be stranded with an empty freezer when the shops close, although the plots also show that citizens tend to eat out more often on holidays.