The curious case of Mats Järlström

Written by Nick Thieme on 17 September 2018. Posted in Uncategorised 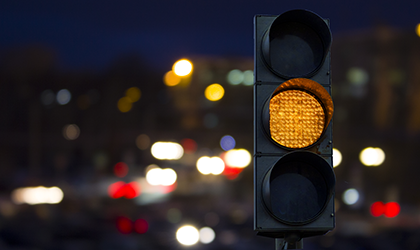 Mats Järlström is an engineer. He repaired aircraft for the Swedish Air Force and designed speaker systems for American customers. But for the past four years he has been in and out of courtrooms because of his work on traffic light signals in Beaverton, Oregon.

Järlström’s curiosity about the lights began in May 2013 when his wife, Laurie Järlström, received a citation for running a red by 0.12 seconds. Having spent decades working with margins of error in electronic timing, this hairline violation caught his eye. Together, the Järlströms videotaped hours of footage intended to measure the length of the yellow light timings in Beaverton. They discovered that almost all of them were shorter than the amount of time required by law.

The court was not impressed by the research, however, and did not dismiss Laurie Järlström’s ticket. Mats Järlström was no more successful in his appeal to Beaverton public officials, who did at least investigate the matter. RedFlex Traffic Systems, the company administering Beaverton’s red-light cameras, provided two hours of data to the city, which Järlström eventually got his hands on. Of the 50 light cycles provided by RedFlex, only one agreed with the city’s minimum timing. Worse, the timing of the lights varied between cycles.

True to bureaucratic form, when asked about these issues, the city claimed the minimum was only an approximate minimum. That phrase should catch a statistician’s eye the way a split-second red-light violation caught Järlström’s. Whether timing violations like the ones observed could exist if the true minimum was “approximately” the stated minimum is a statistical claim, and any number of hypothesis tests could be used to investigate it.

Järlström was not interested in a statistical study, however. Instead, he investigated the theory of how light timings are calculated. After some research, he discovered that the “kinematic formula”, developed in the 1950s to help engineers decide how to time yellow lights, was only relevant when a car maintains its speed. One of the creators of that formula, Dr Alexei Maradudin of the University of California-Irvine, agrees on that point. In a letter to the Institute of Transportation Engineers, Maradudin writes: “this formula, which we derived, cannot be applied to turning lanes or to any situation where the driver must decelerate within the critical distance”.

In May 2014, convinced that Beaverton’s yellow lights were maladministered both empirically and theoretically, Järlström decided to take this issue to court. He filed a civil rights suit against the City of Beaverton alleging the city’s yellow light timings endangered citizens, but the case only lasted until October when it was dismissed without the option to file again.

Unfortunately for Järlström, no amount of statistical evidence would have helped his case. It is a tenet of the US legal system that people gain standing to sue only when they have suffered a concrete or imminent injury. But it is not hard to imagine a world where two cars collide because of the shortened yellow lights in Beaverton. A passenger harmed in that crash could sue the city, alleging that faulty yellow lights led to their injuries. In such a case, statistics describing the duration of yellow lights and demonstrating that deviations from traffic regulations increased their likelihood of harm would be probative.

For his research efforts, Järlström received a $500 fine from Oregon’s engineering board. Writing for the blog of the Institute of Electrical and Electronics Engineers, he explained: “First, the board charged that it is illegal to use math or engineering principles to ‘critique’ the logic governing traffic lights without being a state-licensed professional engineer. … Second, it said it was illegal for me even to describe myself as an engineer because, again, I’m not a state-licensed professional engineer.”

He has since won the right – tentatively – to refer to himself as an engineer without the risk of further fines.

Thieme researched Mats Järlström's story as part of his October 2018 cover article for Significance, titled "Statistics in court". Read this article online, or subscribe for the print edition.