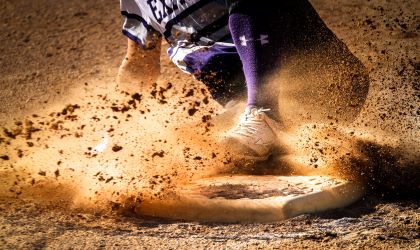 Rule changes in baseball are the focus of the winning article in the 2022 Statistical Excellence Award for Early Career Writing. 'Baseball’s Natural Experiment' by Lee Kennedy-Shaffer explores the challenges facing Major League Baseball (MLB) in its 2020 season and the rules it introduced to restrict game length. Using the difference in differences (DiD) design method for estimating causal effects from natural experiments, it has useful lessons for the governing bodies of all sports.

Brooklyn-born Lee is an assistant professor in mathematics and statistics at Vassar College (USA). He studied mathematics at Yale College and earned his PhD in biostatistics from the Harvard T.H. Chan School of Public Health.

In his acceptance speech, Lee spoke of his years-long enjoyment of Significance magazine and how it aids him in his teaching.

This year’s judges were Kelly H. Zou, Carlos Grajales, Jordi Prats Rodriguez, Brian Tarran and Anna Britten for Significance, and Laura Cattle, Naseerah Akooji, Srshti Putcha and Teresa Lee for the YSS. Thank you to all who volunteered their time.

Thanks finally to all the early-career statisticians and data scientists from around the world who entered such interesting and original submissions to this year’s award.

'Baseball’s Natural Experiment' by Lee Kennedy-Shaffer will be published in a future issue of Significance.

Information about next year’s award is due to be published in February 2023.