Greece's former national statistician is heading back to court 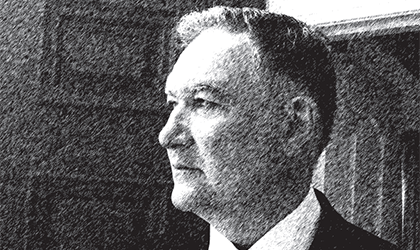 Andreas Georgiou, Greece’s former national statistician, once again faces trial on charges of inflating the country’s 2009 fiscal deficit and causing €171 billion of damage to the Greek economy, after the Supreme Court annulled an earlier acquittal.

The annulment means the case will now be presented for a third time to the Appeals Court Council – which has twice rejected the charges against Georgiou and two colleagues, only for those decisions to be challenged by prosecutors and overturned by the Supreme Court.

If the Appeals Court Council this time decides to progress the case to open trial, Georgiou could face life in prison if found guilty. He and his colleagues deny the charges.

As reported earlier this week by the website Ekathimerini.com: “The case is widely regarded as political persecution and has drawn criticism from Greece’s international creditors, who last summer demanded that the issue be settled and Georgiou’s legal costs paid by the state before signing off on bailout funding.” However, the prosecutions have continued and the government has accepted to partially pay for Georgiou’s legal costs only if he is found not guilty.

The statistical community has rallied to Georgiou’s defence – as documented in our August 2017 cover story – calling the charges “fanciful and not consistent with the facts”, and demanding charges be dropped. A crowdfunding campaign also has been launched to raise funds to support Georgiou’s legal costs.

Georgiou’s troubles began in 2010 when, as head of the Greek statistical agency, Elstat, he oversaw the publication of revised figures which showed the country’s deficit to be larger than was previously reported. The European Commission’s statistical agency, Eurostat, accepted the revised figures – however, the new numbers infuriated parts of the Greek political establishment.

A criminal investigation, alleging falsification and inflation of the deficit figures, began in September 2011 and charges were first filed in January 2013. They were rejected by the Appeals Court Council for the first time in 2015, but the decision was then annulled, only for the charges to be rejected again in 2017 and the decision annulled once more earlier this week.

Georgiou has faced other related charges, and was found guilty last summer on one charge of violation of duty: for failing to put the revised deficit figures to Elstat’s board for approval. As he said at the time: “I was convicted for following as chief statistician the principle of professional independence as required by EU and Greek law. In Europe we do not put statistical results up for voting.”

Despite the long-running legal action, the methodology used by Elstat and the numbers produced during Georgiou’s tenure as national statistician continue to be used as the basis for Greece’s negotiations of bailout loans and debt relief.