Trials of a statistician, continued

Written by Brian Tarran on 08 August 2017. Posted in News 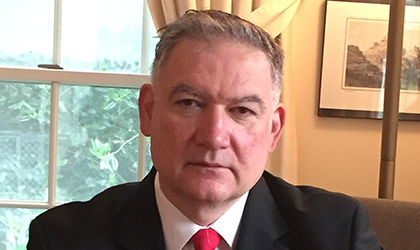 Just over a week ago now, on the morning of Monday 31 July, Andreas Georgiou stood up to speak at the Baltimore Convention Center. Georgiou was attending the 2017 Joint Statistical Meetings to tell his story; how in 2010 he left his job with the International Monetary Fund in Washington, DC to return to Greece – the place of his birth – in order to lead the country’s new statistics office at a time of economic crisis. His story does not have a happy ending.

Georgiou's task at Elstat, this new statistics office, was to help repair the poor reputation of Greece’s economic statistics. Data on the country’s debt and deficit were considered untrustworthy – the European Commission said it had identified several cases of “deliberate misreporting of figures” – and revisions made prior to Georgiou’s arrival painted a worrying picture of the state of the Greek economy. The Greek government had already agreed a financial bailout package based on those revised figures. But as Georgiou started his work at Elstat, pushing for strict observation of the European Statistics Code of Practice and European accounting rules, the office made additional corrections to past data which further increased the size of Greece’s reported debt and deficit.

This did not win Georgiou many fans in Greece: the revisions sparked conspiracy theories and accusations that data had been falsified, leading to criminal investigations and charges being brought against Georgiou and two of his colleagues. You can read more about this story in our new issue. But there have been further developments in the case since the magazine went to press.

While Georgiou was speaking in Baltimore last week he was also on trial in Greece, represented by his lawyer. A day later he would learn that the court had found him guilty on one charge of violation of duty: for failing to put the revised deficit figures to Elstat’s board for approval. He was acquitted on two other charges but was handed a two-year prison sentence (suspended, at least, pending the conclusion of other legal actions). He said: “I was convicted for following as chief statistician the principle of professional independence as required by EU and Greek law. In Europe we do not put statistical results up for voting. I would defend and apply the principle again today with no hesitation and so should every head of statistical authority.”

The International Statistical Institute (ISI) echoed Georgiou’s comments in a statement issued today. Helen MacGillivray, ISI president, and Stephen Penneck, chair of the ISI Advisory Board on Ethics, said: “Official statistics should be produced according to scientific principles and methodologies determined by professional statisticians, not according to the votes of members of the board.” They highlighted Principle 1 of the European Statistics Code of Practice, relating to professional independence, which requires that “the heads of National Statistical Institutes … have the sole responsibility for deciding on statistical methods, standards and procedures, and on the content and timing of releases”.

The outcome of the trial also prompted a statement from the American Statistical Association (ASA), which said it was “disturbed to learn” of the conviction, especially as Georgiou had been acquitted of the same charges in December 2016. “[T]he decision to retry him amounts to double-jeopardy,” the ASA said.

It continued: “As noted in our March 27 letter to Alexis Tsipras, Prime Minister of the Hellenic Republic, ‘There is widespread agreement among statistical authorities that Dr. Georgiou compiled Greek public finance statistics in accordance with EU rules and standards, with which Greece is obliged to comply, and that the charges against him are baseless.’ We reiterate the call that: ‘all remaining charges against Dr. Georgiou and his former colleagues be dropped immediately. Under no circumstances can criminal sanctions for developing and presenting independent and objective statistical data in a credible way be justified.’”