And the winner of our 2017 writing competition is... 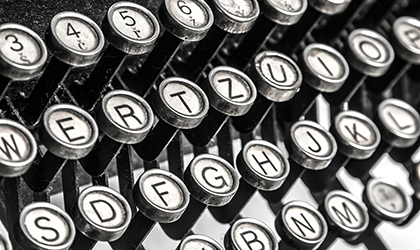 Judging took place last month for our writing competition for early-career statisticians. It was the most competitive contest in years, with entrants from several African nations, Australia, Belgium, Brunei, Costa Rica, India, Mexico, New Zealand, the United Kingdom and the United States. Today we are delighted to announce our finalists and this year’s winner.

Our finalists are (in no particular order):

As in past years, the 2017 competition is organised in partnership with the Young Statisticians Section (YSS) of the Royal Statistical Society (RSS). But for the first time in the competition’s history, it now forms part of the RSS Statistical Excellence Awards.

It therefore gives us great pleasure to announce that Carnegie Mellon’s Kevin Lin is the winner of the 2017 Statistical Excellence Award for Early-Career Writing.

Judges found Kevin’s article to be both timely and topical. In addressing the subject of political engagement, he touches on an issue that is very much top of mind, not only in the US, but in the UK and other parts of the democratic world. His article makes interesting use of Reddit data, while taking the time to acknowledge the assumptions he has made, and the limitations of the information he has available. The story is clearly told and written in a journalistic style that makes it an ideal fit for Significance and a worthy winner of this year’s contest.

Congratulations to Kevin – his winning article, “We, the millennials”, will be published in the October 2017 issue of Significance.

And congratulations also to our two runners-up, Charlotte and Levon.